The North Face will offer down product by fall 2015 that complies with its new Responsible Down Standard (RDS), which is designed to ensure that all the down its uses is sourced responsibly. Patagonia announced in November, 2013 that all its down products will meet its proprietary Traceable Down standard starting this fall.

TNF has been working on developing an RDS since 2010, when it began collaborating with its suppliers, the Textile Exchange and the Control Union to determine whether it was feasible to trace the down its uses not only back to individual family farms, but to hatcheries. The company will conduct onsite audits at every level of the supply chain from hatchery to garment manufacturing later this year with the expectation that there will be enough RDS certified down available to offer such products starting Fall 2015.

In a related announcement also made last week during Outdoor Retailer Winter Market, TNF disclosed that it will gift the RDS to the Textile Exchange in a bid to accelerate its adoption across the industry.

“We are giving the Responsible Down Standard to the public in order to provide a holistic tool for any organization seeking to source down more responsibly,” said TNF’s Senior Manager of Sustainability Adam Mott said in a statement released at Outdoor Retailer Winter market last week. “Our hope is that the collective use of the RDS will effectively promote positive animal welfare conditions and traceability in the down supply chain at a much larger scale than we could accomplish alone.”

Once Textile Exchange takes ownership of the RDS, it will be conducting a rapid-review process, where it will gather field data from users as well as feedback from additional industry partners with the goal of releasing the next version of the RDS within six to 12 months. Both Textile Exchange and TNF hope that other companies will take part in using the RDS and contributing feedback. 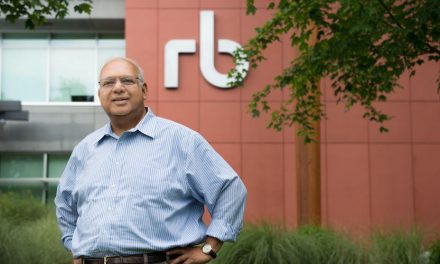 Suunto and Microsoft Team Up…