Patagonia’s CEO Sheahan to Pass the Torch to Marcario on Feb. 7

Patagonia Inc., which has secured its status as the poster child for corporate responsibility despite a decade of heady growth, named a new CEO last week for the first time in a decade. 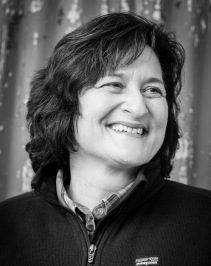 The company announced Rose Marcario will assume the role of president and CEO Feb. 7, when Casey Sheahan steps down after a decade in the CEO spot. Marcario, who is pictured to the right, already serves as CEO of Patagonia Works, a holding company Patagonia Founder Yvon Chouinard formed last spring to take Patagonia’s socially responsible mission into food, media and other industries. Prior to taking the helm at Patagonia Works, Marcario served as COO and CFO at Patagonia Inc.
“Over the past five years, Rose and Casey have launched great new products and improved our systems while breaking new ground in our commitment to use our business to inspire and implement solutions to the environmental crisis,” said Chouinard. “We’re well positioned for major new initiatives like $20 Million & Change, a fund that invests in likeminded companies, and Patagonia Provisions, our new sustainable food company.”

Chouinard thanked Sheahan for his decade of service, during which Patagonia continued grew its annual sales to more
than $600 million.

“It has been an honor to lead this company through the most successful phase in its history, and was not an easy decision to move on,” said Sheahan. “But Rose and I have been working closely for a while on this transition with the board, and now I can safely pass the reins and settle in back home in Colorado with my family.”

Marcario joined Patagonia in 2008 with 15 years’ experience in corporate finance and global operations, including stints as an EVP in charge of M&A private placements at Los Angeles-based Capital Advisors and SVP and CFO for a spin-off of Apple Computer, Inc. She serves on the board of trustees for Naropa University, a Buddhist liberal arts college in Boulder, CO and has worked with the Joshua Tree National Park Association and the Mojave Desert Land Trust.

At Patagonia, she focused on transforming the company’s infrastructure to improve operations and financial performance. In addition to broadening business throughout Europe, Japan and Australia, Marcario helped Patagonia focus on innovation and the development of new product groups, processes and technologies, including Yulex biorubber wetsuits, Traceable Down and Full Range insulation for Nano Air products. During her time the company has tripled its profits.