The Finish Line, Inc. is slowing expansion of its base retail concept, opting instead to focus more energy on expansion in its Man Alive and Paiva nameplates for next year. The mall retailer had a nice run during the Nike/Foot Locker spat, but has seen growth slow of late as others in the mall, particularly the Champs concept, get more of the same type of marquee product that fueled much of the staggering growth the last two years. Still, the fiscal third quarter through November saw the mall retailer move back into positive territory after posting negative comps in the fiscal second quarter (see SEW_0549). FINL still expects to open a total of 45 to 50 new Finish Line stores next year, off the pace of nearly 70 doors projected for this year.

The Man Alive stores, the hip-hop fashion retailer FINL acquired in January of this year, is now expected to expand by 25 to 30 stores in fiscal 2007, compared to plans to add 13 to 15 doors this year. FINL opened 11 new Man Alive stores during the fiscal third quarter for a total of 49 doors at period-end.

The Paiva concept, which is the new format created by FINL to address the athletic apparel and footwear needs of the 25- to 40-year-old active woman, is expected to add 15 stores next year, with the first store slated for April. Paiva, which means of the light, is expected to be 70% apparel and 30% footwear. Perhaps the heightened interest in the Paiva concept is a reaction to softening womens sales at Finish Line as the consumer there moves away from Shox and into more of the euro casual, or fusion, looks.

Womens comps were down in low-single-digits for the quarter, but were positive in both October and November. Company CEO Alan Cohen said that growth in the athletic casual business, led by adidas and Puma, was not enough to offset declines in performance running. Mens comp sales growth, which was up in mid-singles for the period, was driven by strength in both running and athletic casual. Mr. Cohen said that the mens team and performance basketball business continued to disappoint, but the Jordan brand “continued to perform at a very high level.” The kids business comped up in double-digits.

The shift in footwear silhouettes all forced average selling prices down, declining 1% for the period. Finish Line will continue to chase the athletic casual business, adding product from Le Coq Sportif, Penquin, Ellesse and others. Still, FINL sees the Air Max 360 launch in January as the foundation for renewed energy in the Nike Air business and they also see “continued rejuvenation in the technical running category, particularly from Asics, Brooks, and New Balance.

FINL had not posted a non-negative quarter in softgoods since their fiscal 2004 first quarter, so the trend back to flat in Q3 was seen as a positive indicator moving into the Holiday selling season. They said the renewed strength in softgoods has been driven by significant gains in private label and increases in branded apparel. Licensed apparel comps were still down for the quarter, but not to the extent of more recent quarters. The retailer said they sold more apparel units, but a 15% decrease in ASP offset the unit gain.

The decline in diluted EPS for the quarter, which was within FINL guidance, fell short of Wall Street expectations for three cents a share. The decline in profits was due to rising SG&A expenses, including investments in the new concepts, offset a bit by stronger margins.

Fiscal Q4 diluted EPS is seen in the 58 cents to 60 cents per share range on a 1% to 2% comp sales gain resulting in $407 million in sales for the period. 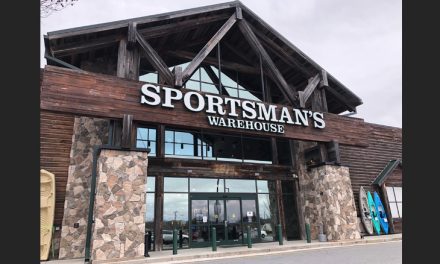