Imagine the scene. In front of a wall of sleeping bags at an outdoor specialty retailer, a consumer wonders how to evaluate the different temperature ratings posted on most sleeping bag brands. The salesperson asks, “Do you sleep warm or cold?”

In Europe, a formal testing system provides some consistency between manufacturers, including upper and lower temperature limits for sleeping bags. The answer to the question posed by that salesperson will help the consumer narrow down the choices.

In North America, sleeping bag manufacturers are also trying to develop a better way to help consumers select an appropriate sleeping bag. The current method of posting temperature ratings on hangtags isnt consistent across the industry. Phil Mesdag, Sierra Designs product manager, notes, “Weve been discussing the question of temperature ratings for a long time. What does that number on the sleeping bag really mean?”

Shortly thereafter, Outdoor Industry Association (OIA) formed a committee based on methods of the American Society for Testing and Materials (ASTM). The ASTM is one of the largest voluntary standards development organizations in the world. The committee, formally called the F08.22 subcommittee on camping soft goods, intends to develop standards, practices, test methods, terminology and specifications for such items as sleeping bags, tents, sleeping pads and backpacks for recreational use.

According to Jeff Nash, director of advanced products and materials at The North Face, and a member of OIAs ASTM working group, the committees mission is, “To help our customers in their selection and use of sleeping bags by providing accurate information resulting from meaningful standards.”

The ASTM process evaluates sleeping bags in four areas: flammability, loft, packing volume and thermal insulation. Members of the committee, and many major sleeping bag manufacturers, work closely with McCullough and Kansas State. Theres still much work to be done.

“We now have a number of standards on sleeping bags and tents. We fell short of developing the temperature rating. I believe some manufacturers were resistant because of the cost of testing, and a lot of their temperature ranges would be higher if they were tested and the modeling was done correctly,” says McCullough.

But valid and reliable scientific data doesnt tell the complete story in terms of creating an accurate temperature range for sleeping bags. Most manufacturers recommend wearing thermal underwear and socks, and using an insulated pad. As McCullough points out, “Most people use a sleeping bag system, not just the sleeping bag by itself.”

Managing the variables of the sleeping bag, environmental conditions and human factors increases the complexity of creating a formal temperature rating standard. Much of the variability comes from the way consumers use a sleeping bag.

“There are three main factors that affect a persons thermal comfort in a sleeping bag,” says McCullough. “The first is the insulation in the sleeping bag system. Most manufacturers assume the person will be using a pad, thermal underwear and socks. Theres a disconnect in communicating to consumers that the temperature rating is not just based on the bag, but the system [vendors] expect you to use.”

Nash suggests that the real challenge lies in correlating clo, a thermal measurement value, to a comfort range for sleeping.

Russell Rowell, director of product development at Kelty, agrees. “There are so many things that affect a temperature rating. Its part art, part science, because everyone sleeps differently. You dont have a definitive number that applies to everybody,” he says.

Although the Kansas State mannequin-testing measurement process is available to all vendors, many do not use test data when identifying the temperature ranges on their sleeping bags.

“Some manufacturers dont come to us for testing. The approach they use is to get anecdotal information from consumers who are using the products in field conditions. Of course, there is quite a bit of variability with that approach,” says McCullough.

Its important to note that the current ASTM temperature rating system is voluntary. Nash explains, “Theres no actual standard, no guidelines, no regulation to validate the temperature rating that is listed on a hangtag or any marketing collateral, versus how you tested it or if youve tested it.”

McCullough expresses concern, particularly regarding the lack of an industry standard.  “Most of the major manufacturers use the mannequin approach, but some do not, and there is no way for the consumer to tell the difference. Even if a manufacturer does the testing in good faith, there is still variability associated with the temperature ratings that are put on the hangtag. I have no control over whether or not the rating I put in my report is actually the one that they will use in their labeling,” she says.

Mesdag, who believes that consumers will identify sleeping bag brands that dont live up to expectations, notes, “In this day and age of technology and outdoor websites and blogs, if you are fudging it and calling it a 20-degree bag, but its not performing to 35 degrees, you will get called out pretty quickly and get a reputation for inaccuracy.”

“The EN standard is scientifically sound and based on modeling a physically fit man with a high metabolic rate versus a small woman with a lower metabolic rate,” says McCullough. “Its a voluntary standard in Europe, but most manufacturers treat it as if it is mandatory.”

Kansas State University is testing sleeping bags for North American manufacturers using the European standard. Chris Pottinger, Big Agnes product manager, points out that in a global marketplace, every sleeping bag maker has to address the EN standard. “All the competitors are doing the same thing. They are already selling in Europe, looking to sell in Europe, or have large multi-store chain folks asking that they provide some EN information,” he says.

Sierra Designs, which has been making sleeping bags for 65 years, uses the EN test. Mesdag says, “For the last three years, we have used the European EN standard as a proof test to check that our sleeping bags, whatever their rating, meets that and compares across the board so the consumer doesnt get surprised unpleasantly by being too warm or too cold.”

Intended to create a level playing field for all sleeping bag brands and reduce consumer confusion, the EN standard reportedly has some flaws. White notes, “Every time you develop a standard it starts with the best of intentions. However, when it is first implemented, then you start to find the weaknesses of the standard. In Europe, they are already discussing modifications.”

Pottinger adds, “There are some issues with repeatability with the EN standard. It would be great if, as a worldwide industry, we could come up with some standard guidelines and have them be universal. I like to think we will go in that direction, but I havent seen quick progress.”

Another weakness, according to McCullough, concerns testing reliability. “With the EN standard, there is a variability [from lab to lab] in the insulation values that are measured for a particular bag on a mannequin. They have taken steps to try to standardize that, but we know from feedback from manufacturers that they can get one insulation value from one lab and a different value from another lab,” she explains.

In addressing the ability of the EN standard to deliver clear temperature rating information for consumers, White contends, “In some ways, the European standard is a little more confusing. It presents a normal range and an extreme range. The extreme range is meant to be what can keep you alive. The normal range is where you are supposed to be relatively comfortable. Those are tough things to educate the consumer on.”

Actually, says Mesdag, its all about education: “The best we can do as a manufacturer is educate people on how to choose the bag and how to know what they need in terms of staying hydrated and fed.”

The goal of creating a standard consistent across markets and brands is important to Mesdag. “You try to make it as consistent as possible so that each sleeping bag will compare to others with the same result. We want to be sure that the consistency within our product line, and across the sleeping bag category as a whole, is apples-to-apples,” he says.

Despite concerns, Nash suggests that to sell a sleeping bag in Europe, you must test according to the EN standard.

Rowell believes outdoor enthusiasts are looking for a place to start their comparisons between brands. He offers, “Its something you have to do to satisfy the consumer. Where do you start from unless you have a temperature range you can start from?”

GoLite uses ASTM and EN standards combined with in-the-field experience. Andy Burgess, GoLites VP of product, acknowledges that specialty retailers must provide consumers with information that meets their specific needs. “Some consumers want to see a hangtag with a number on it, some need a basic understanding of how loft and weight coincide with warmth ratings, while some are interested in the technical data-clo values, ASTM and EN standards, fill-power, et cetera. Only a specialty retail sales environment allows for customization of that variety of information to the specific consumer,” he remarks.

Moreover, says Nash, “In the absence of a formal standard within the North American market that dictates how to call out a temperature rating, each brand is open to its own interpretation of the test results. Its in complete opposition to Europe. When you send a bag for testing, they dictate at what temperature you have to advertise that product.”

Its still possible that a formal North American standard can be developed. White notes that in the U.S., major sleeping bag makers havent made much progress in coming to an equitable agreement. But, he says, “Were getting pretty close. Well see what happens.”

McCullough believes that outdoor specialty retailers have significant influence in that process: “They could say they will not sell any bags that havent had their temperature ratings validated using some scientific method.” 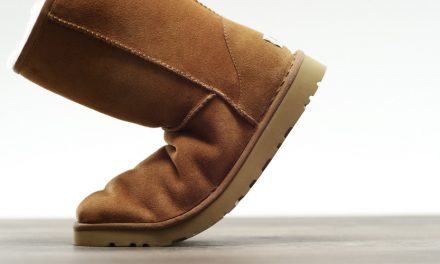