New Year’s resolutions are rolling in and more confident consumers are giving cardio fitness equipment sales a healthy boost as the industry gets ready to unveil its latest technology and products at the IHRSA trade show in late March.

Along with providing machines that pack the biggest punch for consumers looking to boost physical wellbeing, the category’s product evolution is moving faster to adapt to increased connected technologies and luxury aesthetics. Here’s a full look at what’s new, what’s changed, and what’s trending in cardio:

Connectivity Via Wearables And Apps

Consumers have always been skeptical to trust the calorie burn and mileage on an old-school cardio machine, but now the are putting trust in new wave wearables.

“All companies are already jumping on the bandwagon, trying to carve out a space with connectivity, data, and media,” said Mark Zabel, VP of global marketing for Johnson Health Tech, parent to the Matrix and Horizon brands, as well as fitness specialty retailer 2nd Wind Excerise Equipment.
Connectivity is all about wearables and mobile applications that can dial into the console on a treadmill, elliptical, etc. Zabel explained that cardio equipment manufacturers are building their console tech to better integrate. The focus on connectivity also means you won’t see as many new machine designs, but more updated features on current models.

Director of Sales and Marketing at BodyGuard Fitness, Justin Richardson, added, “the game changer I think people are hoping for is where consoles can be replaced by the mobile device. Right now they just transfer data. Very few companies have made it so you can control the product from the application.”

We’ve already seen some connectivity capabilities on more recent cardio equipment, but this will expand tremendously, in a race to develop the most compatible operating system that can stay in sync with mobile network updates.

Treadmills lead the cardio equipment business for their ease of use and ability to tap into the human habit of walking and running.

“Treadmills (and ellipticals) make up around 70 percent of all cardio equipment sold,” said Martin Bruder, president of fitness retailer Push Pedal Pull. And according to IHRSA, treadmills continue to be the most popular form of equipment-based exercise. SSI Data confirmed, finding almost all the growth in cardio equipment sales since the New Year stemmed from motorized treadmills and elliptical trainers. Together, these two highest selling sub-categories made up more than 75 percent of all sales.

However, a niche trend for the coming months emerges from taking a step backward, away from motorized machines. Woodway tapped into this trend years ago with its Curve treadmill, which is motorless and therefore has no top speed. Now Johnson Health is on the bandwagon with its new S Drive Performance Trainer, a speed training treadmill that, like the Curve, is self-powered. Ditching the motor means more bang for your buck by increasing resistance and allowing greater speed. These machines are also great space savers, normally less expensive than their motorized counterparts, lighter, and require less maintenance.

A rollover trend from 2015, High Intensity Interval Training (HIIT) continues to be a buzzword in the cardio category. “You’re going to see machines that look like cardio but are meant for HIIT,” said Johnson’s Zabel. Woodway Marketing Associate, Tracee Meyers, agreed HIIT is one of the biggest trends companies are focused on. Richardson at BodyGuard also chimed in on the high intensity fad, “There will be much more high intensity, aerobic training products released this year.” Even the ACSM agrees, naming HIIT as its second Top 2016 Fitness Trend.

The ‘why’ is simple. In a world of immediacy, consumers want more in less time. “People are still looking for faster results and research has shown great results using HIT,” said Tim Porth, EVP of product development and marketing at Octane Fitness.

And it seems the trend is here to stay until something faster comes to knock it off the podium. Micro trends that will accompany cardio HIIT include smaller group and bootcamp style training. Another reason why HIIT continues to lead innovations in cardio equipment is because there are already so many low intensity machines out there.

Boutique studios have seen a noticeable bump, as fitness entrepreneurs capitalize on their unique training methods. Manufacturers and makers have taken note, but also see that these studios are highly fragmented depending on their training modality (Spin, CrossFit, Pure Barre, etc). Alongside the boutique studios are luxury gyms, also trending now. Updated machines with tons of media abilities rule this domain. The challenge is keeping users entertained. Some luxury/boutique gyms have gone the route of virtual reality cardio, like a new intergalactic spin class that recently premiered in the United Kingdom, or the iFit NordicTrack Escape Treadmill that premiered at CES 2016, which banks on a 60-inch curved OLED TV screen that creates the illusion of running outdoor routes.

However, brands are recognizing that these chic gyms don’t require VR machines (especially since their price tag can be so high). Subtle updates such as black coloring for machines that used to be grey or adding a touch screen lend a more luxury look.

Rowers Get A Reboot

In 2014, rowing came out from the shadows and was projected to replace Spin entirely. Although that never happened, rowing has gained momentum by offering what treadmills, elliptical, and bikes can’t: a full-body workout. Rowers are high intensity too.

In 2016, get ready to see an influx of new rower machines on the market, with everyone from Matrix, Nautilus, BodyGuard and Inspire Fitness (the C2 Crossrower), premiering new models. Ask an expert why and they’ll tell you rowing services the micro fitness trend of increased functionality. Adams with Inspire said, “People are more focused on functional classes. With rowing, you’re working your whole body. Plus, people are bored with treadmills since your arms aren’t super active.” Porth with Octane added, “Functional training continues to be a driver for our customers – young and old, whether someone wants to increase performance in a sport or just improve their everyday life. It’s a key driver for people selecting products and a great reason to continue the active lifestyle they desire.”

In fact, there’s a small faction of fitness users and equipment executives who believe traditional cardio like running may be replaced entirely by functional, HIIT workouts that don’t involve steady running or low-intensity jogs. Jacque Crockford, ACE Exercise Physiologist/Education Specialist told SGB, “The fitness industry as a whole is moving from large single-motion equipment to multipurpose, smaller, functional pieces. But due to this shift, those companies who manufactured large pieces of single movement equipment have had to come up with new excited pieces that can be used by exercisers who simply want to move better.”

*SSI Data, powered by SportsOneSource, provides weekly point-of-sale data and analysis to retailers and manufacturers in the active lifestyle market. To schedule a personal demo or learn more, call 303.997.7302 or Solutions@SportsOneSource.com. 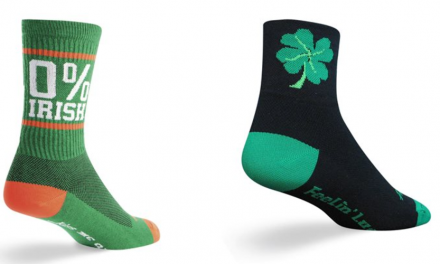 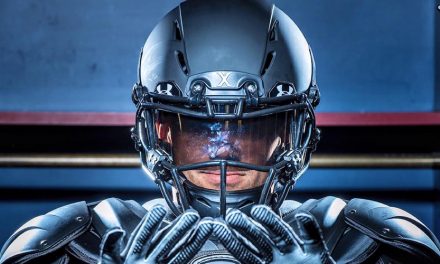 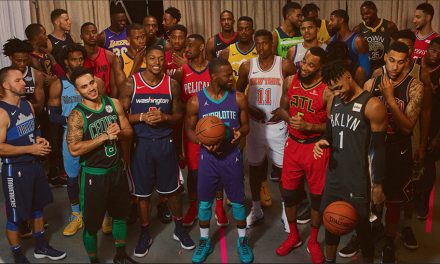 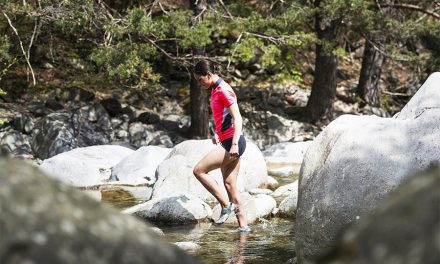 Vibram on Land and Water