The Athlete’s Foot will continue its
aggressive growth in 2003 with an emphasis on expansion throughout Europe
and the Middle East. This follows a year of strong growth in 2002 despite a
sluggish retail market worldwide. In 2002, The Athlete’s Foot opened 78
franchise stores, 55 of which were in international markets.

The Athlete’s Foot, the world’s largest franchise retailer of
athletic footwear, cites continued consumer interest in an active and
healthy lifestyle, as well as a comprehensive franchise support model that
has achieved success in every region of the globe, as influencing factors in
its continued success. Its goals for 2003 reflect continued optimism in its
multi-brand retail franchise concept with plans to add over 100 franchise
stores globally this year.

According to Robert J. Corliss, president and CEO, “The Athlete’s Foot is
actively pursuing a stronger presence in Europe and the Middle East by
targeting countries with strong economies and sport cultures.” Corliss adds,
“we will continue to focus our resources and energy on developing franchise
agreements that will further our global presence.”
Growth in Poland is an example of the success of The Athlete’s Foot concept
in East Europe. The company recently opened its 54th franchise store in
Poland in less than five years.

Spain was recently added to The Athlete’s Foot network of European locations
and new stores are planned to open in Spain, France, Portugal and Poland
this year. The Athlete’s Foot has imminent development plans for Greece,
Saudi Arabia, the United Arab Emirates and is heavily targeting Germany,
United Kingdom, Ireland, Italy, Scandanavia and the Benelux countries. It
is also looking at opportunities for development in Eastern Europe citing
Russia, Hungary, Croatia, Slovenia, Slovakia, Latvia, Lithuania, and Estonia
as targets.

Dan Benton, Director of European Development for The Athlete’s Foot says,
“Our international success is largely attributed to the ability of our
franchise partners to customize their purchasing and marketing efforts based
on the fashion trends as well as sports and lifestyle activities in their
individual communities.” Benton adds, “they have the freedom to choose the
relevant assortment and brands for their stores which is critical in the
athletic footwear and apparel business.” 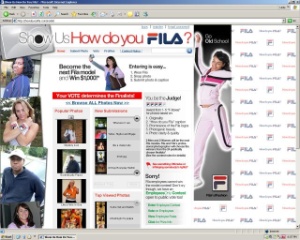