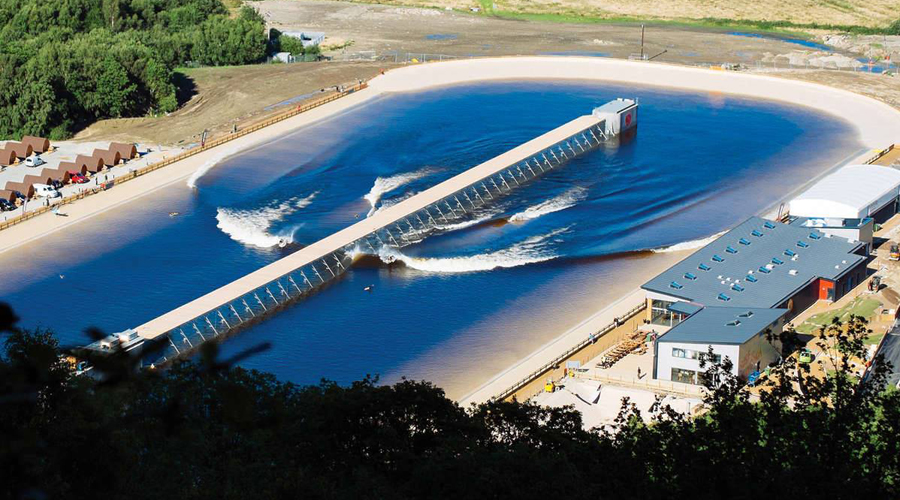 The company developing the 160-acre NLand Surf Park near Austin, TX ignored an order to halt construction on the site last fall after failing to comply with state health codes, according to a lawsuit filed by Travis County Thursday.

In the lawsuit, Travis County said it issued a stop work order to the developer, Austin Park LLC in November 2015, a year after denying the company’s request for a variance from state health and safety requirements.

The account indicates public health concerns about the project, which claims to be the largest inland surf park in the country, were underway more than 18 months before health officials pressured the U.S. National Whitewater Center (USNWC) to shut down its manmade whitewater paddling course near Charlotte, NC over public health issues.

The USNWC closed its course June 24 under pressure from county commissioners and health officials and the Centers for Disease Control after tests of water taken from its whitewater channel came back positive for Naegleria Fowleri. The amoeba is suspected to have led to the death of a teenage girl, who succumbed to meningitis June 19 after visiting the USNWC June 8.

NLand Surf Park’s 11.6 million gallon wave pool, which spans nine football fields, is designed to accommodate up to 200 surfers at one time with a variety of waves. It is the most ambitious project ever undertaken by the Spanish design firm Wavegarden, which has designed small surf parks in Europe. The venture is lead by Austin Park Founder and CEO Doug Coors, who is a descendant of Colorado brewing legend Adolph Coors.

In a June 4, 2015 press release announcing the project, Travis County Commissioner Margaret Gómez praised the park as a great addition to Central Texas. But according to the lawsuit filed by the county Thursday, the two sides had already been in a feud for a year over whether the wave pool should be regulated as a swimming pool.

It is unclear whether, or by how much, Travis County’s lawsuit will delay the opening of NLand Surf Park, which has already been delayed months by unusually heavy rains this spring and summer. After learning the county would sue, Austin Park pledged July 12 not to “open until we can assure our guests the park will meet the highest standards for quality and safety.

“We look forward to creating a win-win solution for Travis County, NLand and most importantly the millions of surfers and surfers-to-be worldwide,” the company said.

Austin Park told its newsletter subscribers Friday that it had countersued Travis County officials to “protect its Constitutional rights.” The company said the county had refused to talk with them about the measures it had taken to protect public health, including a “state-of-the art” water treatment and  filtration system.

“They believe our lagoon — which is 45 times larger than an Olympic-size swimming pool — should be regulated simply as a “public swimming pool,” NLand Surf Park said in a statement sent to subscribers to its email newsletter. “They have not acknowledged our studies or asked one question to gain perspective in this matter,” NLand Surf Park said. “Instead, they have tried to inflame the conversation by suggesting we could have amoebas in our lagoon. If they’re so concerned about amoebas, you’d think they would take a look at the studies or talk to us about our water treatment systems.”

That account directly contradicts the chronology laid out in the civil suit filed by the county Thursday.

“Travis county has worked with Austin Park for more than two years to bring the pool into compliance with the law,” the suit alleges. “Despite Travis County’s best efforts, Austin Park has repeatedly failed to comply with state law.”

In North Carolina, meanwhile, the whitewater course at the USNWC remained closed Friday for the 21st day as the non-profit worked with health officials to determine additional treatment options. 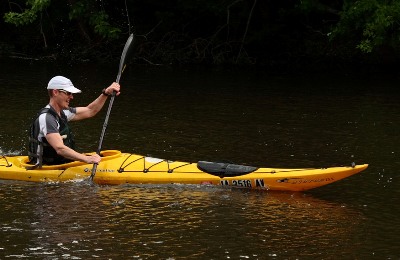 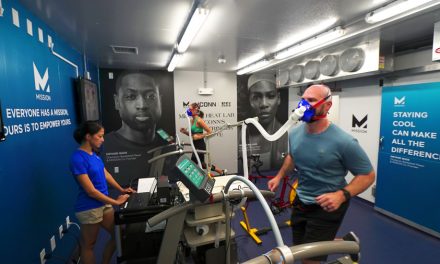 Mission Gets Its Own Heat Lab