Two weeks ago, BOSS presented the first part of this three part series on emerging trends in the Fall SnowSports Market. Part I covered the ski apparel market, the influence of urban fashion on SnowSports and the increasingly productive Womens market. This week, BOSS examines backcountry and telemark trends and the Snowboard apparel and hardgoods market. Next week we will finish our season preview with ski hardgoods and snowshoeing.

Trends in the telemark ski market seem to be evolving along with the technology. Over the past ten years, wider shaped skis, new variations on the cable binding, and plastic boots have made the sport somewhat easier to learn and lowered many barriers to entry. These technological changes have made telemark skiing the fastest growing segment in ski hardgoods.

According to SIA and Leisure Trends, specialty telemark ski equipment sales grew 74% in units and 62% in dollars last year. While these increases are dramatic, the overall market is still small, with only 7,400 units sold through the specialty retail channel. By all accounts, randonee, or alpine touring equipment is growing even faster than telemark. Part of this growth is due in large part to new backcountry policies at resorts.

“There used to be such a defined line between backcountry and lift-served skiing,” said Thomas Laakso, Ski Line Category Manager for Black Diamond Equipment. “Now, that line is disappearing. More and more ski areas have open boundaries, and as the equipment improves it makes it easier to get deeper into the backcountry, whether you are approaching it from the top of a lift, or going out on your own and avoiding the resorts entirely.”

While many retailers are asking for releasable telemark bindings for both avalanche safety and injury prevention, Laakso says that there are really two schools of thought to the issue. “The increase in popularity of backcountry snowboarding has really changed a lot of peoples minds about the necessity of a releasable binding in the backcountry,” said Laakso. “A majority of the growth in telemark participation is coming from resort skiers, where the releasable binding is not as important.”

Laakso did say that Black Diamond has been looking at different options for making a releasable tele-binding. “There is an interesting and very dynamic relationship between boot, binding and ski that makes it difficult to create a release system that performs well,” he said. “Right now the technology just doesnt exist.”

Backcountry hardgoods manufacturers are seeing much of the same trends as the general ski hardgoods vendors. The advent of shaped skis is making wider waists possible, giving backcountry skiers more control, greater speed, and more floatation in extreme mixed conditions and deep powder. Laakso feels that this trend has yet to peak, and the average ski waist size will continue to escalate.

Telemark is also making its way into the park and pipe scene at many resorts. “Telemark originally emerged as a tool of transportation  a real utilitarian product to get from point A to point B, and has now transformed itself into a very powerful sport,” said Laakso. “Today we are seeing less action in the traditional backcountry trekking end of the sport and more activity with lift served backcountry and the park and pipe.”

With all of the growth in backcountry and telemark, several of the larger manufacturers are stepping up involvement in this niche activity. Atomic has introduced several new models and increased their marketing efforts in the area, and K2 Sports has taken their proven model from the traditional ski and snowboard markets and applied it to the world of telemark skiers.

Anthony DeRocco, K2s VP of Global Marketing told BOSS that they are seeing “unbelievable growth” in their telemark program, but the overall size of the market limits the top-line scale. The fact that the telemark market caters to such a small niche activity has prevented some companies from entering the market, but at the same time its growth has allowed the companies who acted early to capitalize on being there first.

“That is really one of the core strengths of K2,” said DeRocco. “We identify key segments and then we figure out how to talk to that segment in a unique way We are always keeping our eyes open. There are some emerging markets that have been underground for five or six years now, and were just waiting for them to emerge.”

Snowboard trends seem to be following the same growth curve as skiing, if not stronger, but at the same time the snowboard fashion trends seem to be going in the opposite direction. “If anything, I see snowboard apparel moving away from the urban look,” said Brian Johnston, VP of marketing for Burton. “Its not the big & baggy hip-hop look anymore, but really a cleaner city style, and very design driven and influenced by the fashion market.”

Johnston also said that he is seeing a “fundamental change” in the non-technical softgoods side of the market that is producing strong growth. “This is giving us the ability to sell over a longer season than the winter months,” said Johnston. “The success of retailers like PacSun and Zumiez is really helping this market.”

In Snowboard hardgoods Johnston said that freestyle was a definite emphasis in the industry and is Burtons strongest growth driver, but they are seeing healthy growth in all aspects of the industry. “Park riding is definitely up,” he said. “Kids are finding that they dont even need a resort to ride anymore. They just find a rail to slide at their high school.”

Sandy Yusen, Burtons Director of PR and Communications told BOSS that the womens market is also a strong growth driver for Burton. “If you build a strong womens specific product, then the market reacts,” she said. “We are seeing strong growth in our womens entry level product and even stronger growth in the high end product  over $600 price points. There is really no resistance to these prices as long as there is a noticeable difference.”

K2 also seems to be getting a jump on the female market for snowboarding with the same concept that gave them the upper hand in the ski market. This summer, K2 launched their snowboard Womens Alliance which works in the same manner as the ski Womens Alliance. The company has assembled five women, differing in age, style, personality, profession and background, have been recruited to drive the look, feel, and performance for K2s womens products. DeRocco agreed that as long as there is a noticeable difference in the performance characteristics of any snowboard equipment there is little or no resistance to higher price points in the market. 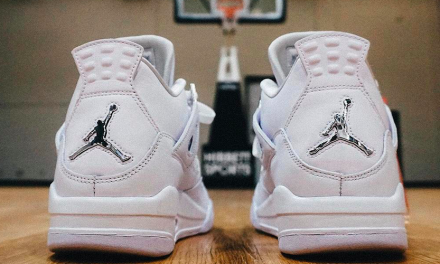 Hibbett Sports Sees Comps Bouncing Back In Second Half

ICSC: PacSun is Key Destination for Teens this Christmas