The following Tag Heuer ambassadors are participating in the fundraising challenge:

Tim Howard shared, “As a Tag ambassador, I am honored to partner up with Cycle for Survival. Its direct impact to raise funding for the research of rare cancers is critical. We have to continue to fight this battle together, and I hope to make a difference in any way I can. Join the movement and get your sweat on while helping others who really need it.”

Alexander Rossi added, “Cancer has touched us all. It’s hard to know what to say or do anymore – whether it’s offering prayers, giving hugs or donating to charities. But let’s keep doing ALL those things. Cycle for Survival is a wonderful way to raise awareness for rare cancer research, and I’m proud to be an ambassador and a fundraiser.”

Each Tag Heuer ambassador has a personalized fundraising webpage where supporters can make tax-deductible donations to Cycle for Survival. Tag Heuer will match each donation that is made to the ambassador’s pages. Everyone who donates to any ambassador’s page will be eligible to win a Tag Heuer Cycle for Survival Connected Modular 45 watch, generously provided by Tag Heuer. The first Swiss Made luxury smartwatch powered by Intel and Androidwear 2.0 includes technical features such as built-in GPS, interactive apps and is water resistant up to 50 meters.

The ambassador who raises the most money by March 31, 2018, will be declared the winner of the Tag Heuer Cycle for Survival Fundraising Challenge. For links to the ambassadors’ fundraising pages and updates on the challenge, visit http://www.cycleforsurvival.org/Tag-heuer-challenge.

Cycle for Survival’s signature indoor cycling events will take place in 16 cities across the country in January, February and March. Registration for the 2018 events is open at www.cycleforsurvival.org. More than 34,000 participants and 230,000 donors are expected to support the movement this year. 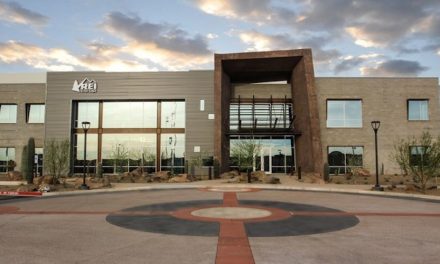