A new CouponCabin.com survey reveals that 65 percent of U.S. adults plan on making fitness-related new year’s resolutions this year. Eating healthier, getting in better shape and losing weight top the list, followed by exercising more at home and outdoors, eliminating certain foods from diets and going to the gym more. But some current U.S. gym members arent thrilled about it.

More than one-in-ten (11 percent) U.S. adults have signed up for a gym
membership as a new year’s resolution and quit before the year was over,
up from 7 percent who said the same last year. Women are more likely to
quit in less than a year than men, at 14 percent and 8 percent,
respectively.

Eighty percent of those who have quit the gym
within a year quit within five months, with 4 percent saying they quit
in January and 14 percent quitting in February.

“Getting healthy
is a common resolution for many people, and a fitness center often plays
a big role,” said Jackie Warrick, president and CEO at CouponCabin.com. “Sometimes, though, cost can be a concern when it
comes to gym memberships. More than half of the people we surveyed said
they spent more than $26 per month on fitness-related expenses last
year, which can add up quickly. Get creative and consider low-cost
fitness options around your house and community to help save money.”

This survey was conducted online within the United States by Harris Interactive on behalf of Coupon Cabin from December 17 to December 19, 2012, among 2,309 adults ages 18 and older; the 2011 survey was conducted online from December 15-19, 2011, among 2,646 adults ages 18 and older. This online survey is not based on a probability sample and therefore no estimate of theoretical sampling error can be calculated.

CouponCabin.com offers the broad selection of coupons on the web. 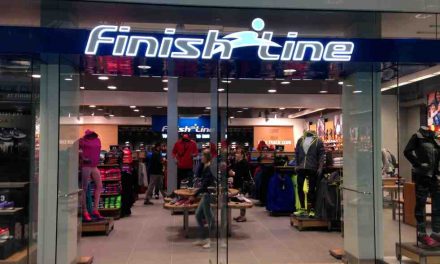 Finish Line Unveils Tech Store in The Mall at Millenia