Surf Tourism on the Rise in Costa Rica

In addition, those 222,659 surfing tourists in 2004, generated $273.3 million in income for Costa Rica as they went in search of good waves. They stayed an average of 10.3 nights in the country, with a daily cost of $119.2. The total cost for the year was comprised of car rentals, lodging, food, souvenirs, tours, and related aspects of the sport.

With the recent political instability in Indonesia-a favored area for surf travelers-it seems likely that the surf tourism numbers to Costa Rica might increase even more as surfers seek an alternative international vacation destination this year. “All this information shows us the importance that surfing has for the national tourism industry here in Costa Rica,” Pilurzu said. “Certainly, Indonesia has been first in the hearts of surfers around the world, but now, its clear with the political situation there, that more surfers will looking to Costa Rica, which is a non-military country, its very safe, and has lots of beautiful waves.”

Already, in this years first trimester, the ICT reports the registered entrance of 55,009 surfers. So far, in the first three months of 2005, those surfers have stayed in Costa Rica an average of 9.6 nights and have purchased goods and services that value roughly $125 per day.

The extraordinary increase in Costa Rica surf tourism is good news to FS President Pilurzu as well as Latin Americas surf magazine Publisher and FS Board Member Christophe Commarieu. Pilurzu and Commarieu are both glad that the numbers show the sport to be a contributor to the national economic bottom line while proving Costa Rica a force in international surfing.

“I have been in this industry for a lot of years, so these numbers are not a surprise,” Commarieu said. “We know how much money this sport brings to Costa Rica. The first wave of surfers who came here were more like explorers, camping at breaks, that kind of thing. Now, we are welcoming a second generation of surfers, a lot of travelers with high-buying power, who stay in hotels, rent cars, bring their families, eat in restaurants.”

Commarieu added that these surfers, along with the still-increasing surf camp and camping types, impact the economy in a positive way at thousands of small businesses and companies in beach towns like Puerto Viejo, Jaco, Tamarindo and Dominical, places where the financial growth is intimately tied to the surfing practice.

According to Pilurzu, there is room to promote the impact that surfing has on Costa Rica, as well as to publicize the natural breaks, waves, and athletes who come from this country to the world at large.

“These figures are incredible, but we are sure that for 2005 those numbers will increase further,” he stated confidently. “Everyone of us knows that tourism is very important for our national economy, and thats why we need to keep strong. We have a plan to demonstrate to the world through videos, articles, television and magazines, through our Costa Rican National Surf Team, with the ICT, just what surfing and the surfing industry here has to offer. An effort of this type benefits the small businessman, hoteliers, restaurants, surfboard shapers, surf clothing companies, and related economic areas.”

The FS President estimated that in two or three years, the amount invested by fans of this sport during their travels to Costa Rica, will grow by at least 100 percent. 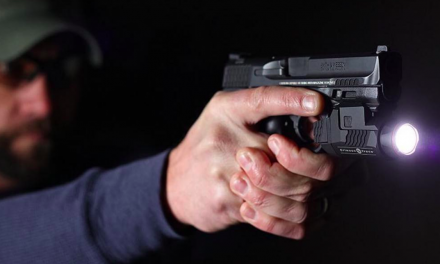