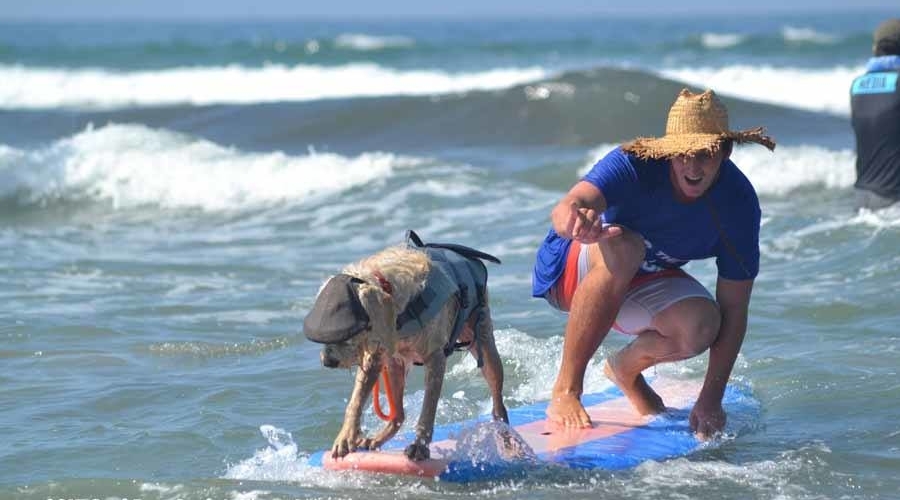 The once-humble dog surfing competition has turned dogs on surfboards into a platform to raise life-saving funds.

Held at Dog Beach in Del Mar and presented by Blue Buffalo, the success of the once-humble dog surfing competition that had its start at Helen Woodward Animal Center has turned dogs on surfboards into a platform to raise life-saving funds. 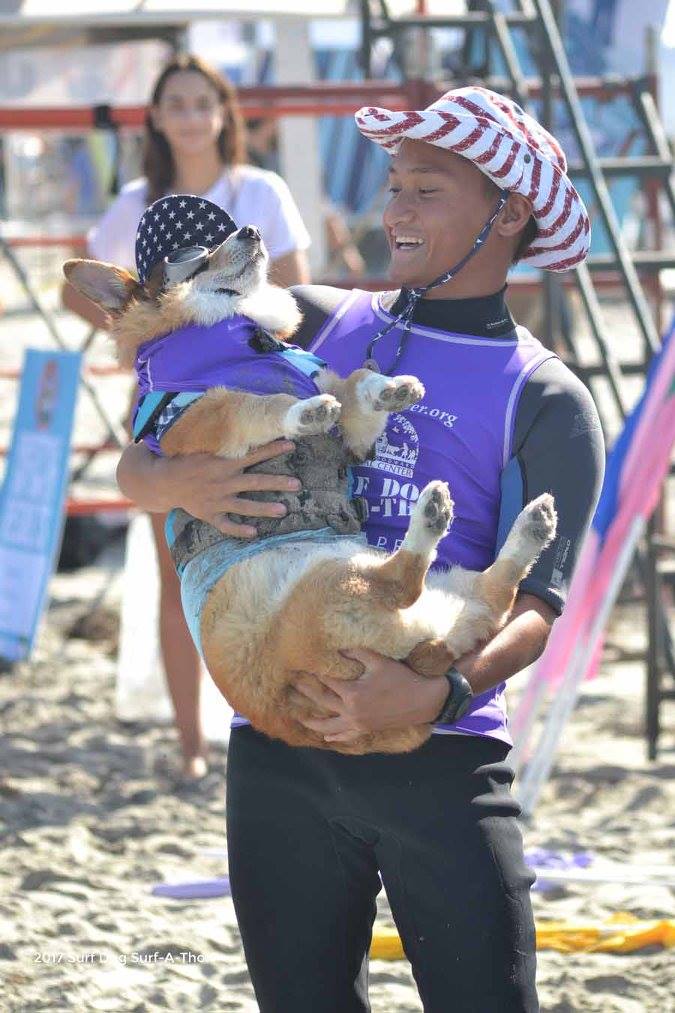 Helen Woodward Animal Center’s canine surf contest is the longest-running in the country and featured as many as 80 dogs surfing in four different weight class competitions. Keeping their eyes on the prize, Top Surf Dog 2017 hopefuls attended recent Center Surf Dog classes with tail-wagging enthusiasm in hopes of grabbing the coveted title on the big day.

Dogs, with help from their human parents, participated in 10-minute heats based on weight class. Each dog was judged on their ability to ride the waves, stay on the board and have fun. First, second and third place winners were awarded for each weight class, with each surFUR heat being judged by celebrities, surf pros and aficionados.

The event also featured a separate freestyle surf contest where points were awarded for creativity. Dogs hopped on the same board as their friends or favorite humans. Tandem rides and costumes were strongly encouraged. 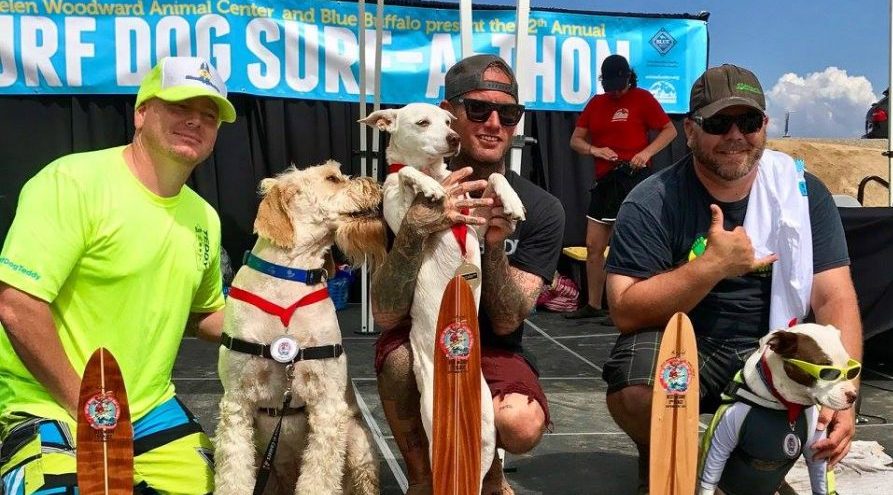