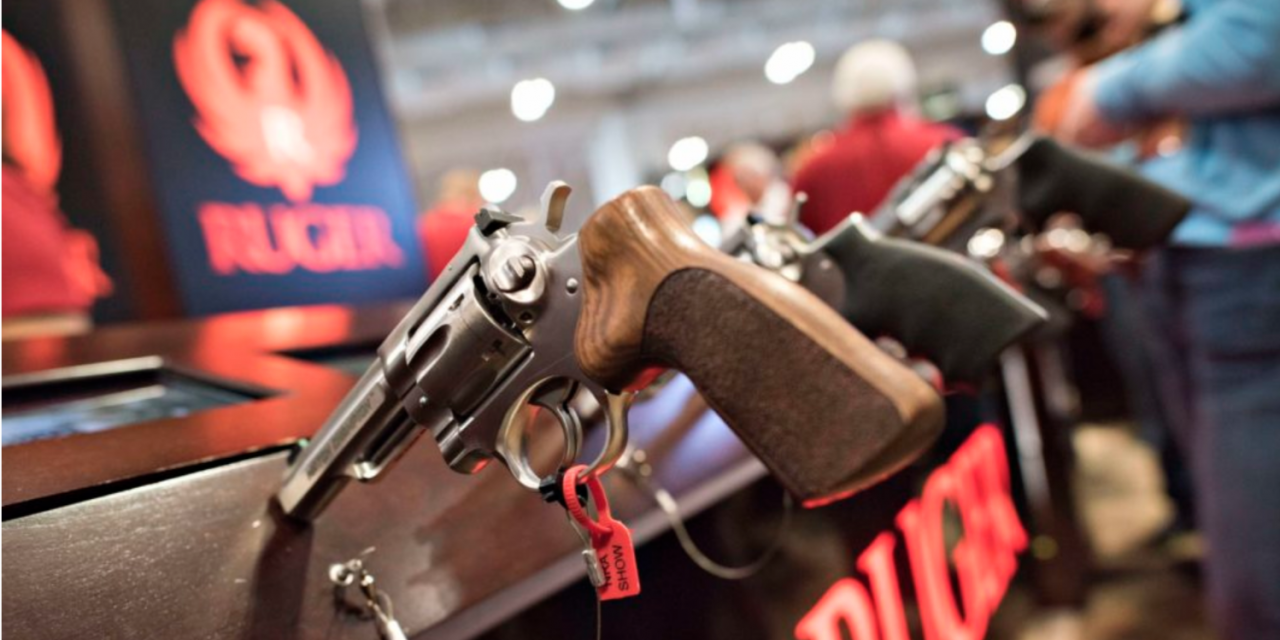 Sturm, Ruger & Company Inc.’s sales in the second quarter plunged 25 percent and earnings fell even further. The results were hurt by the bankruptcy of the Ellett Brothers on top of continued stagnant demand for firearms.

“Thus far 2019 has been challenging for the firearms industry,” said CEO Christopher Killoy on a conference call with analysts.

Adjusted NICS firearms background checks showed a year-over-year decrease of 5 percent in the first six months but Ruger’s internal surveys of distributors and retailers indicate that the overall market for new firearms in the first half of the year may have declined more than adjusted NICS data would indicate. The estimated unit sell-through of Ruger products from the independent distributors to retailers decreased 26 percent for the same period.

“Despite the softness in demand and the weaker market, we did not attempt any quick fixes,” said Killoy. “Unlike some of our competitors, who offer deep discounts and reckless extension of payment terms, in effort to generate better short-term results, we remain focused and consistent on the execution of our long-term strategy.”

The focus remains on developing new products to stoke demand, optimizing cost efficiencies and being disciplined with capital allocation. New product sales represented $43 million, or 22 percent, of firearms sales in the first six months. New product sales – major products that introduced in the past two years – include the Wrangler revolver, the Pistol Caliber Carbine, the EC9s pistol, the Security-9 pistol, the AR pistol and the Precision Rimfire Rifle.

On driving efficiencies, Killoy noted that total unit production for the second quarter was 20 percent below the first quarter of 2019, leading to a decrease in combined inventories in Ruger’s warehouses and at its distributors by 18,000 units during Q219 despite the reduced demand. A hiring freeze implemented in the first quarter continued and attrition reduced Ruger’s workforce. Overtime was also reduced and two additional shutdown days were taken in the second quarter. Three shutdown days in addition to its normal annual weekly shutdown will be taken in the third quarter.

Asked in the Q&A session about the bankruptcy of Ellett Brothers, which also includes Jerry’s Sports, Killoy said he’s heard most of their inventory has been sold and he doesn’t expect they’ll emerge as a viable distributor. A buyer didn’t arrive for the company’s overall assets at a court auction held in late July.

Killoy said Ellett Brothers and Jerry’s were among Ruger’s top distributors over the years and it will take a while for that business to shift to other wholesalers. But he also doesn’t see similar challenges impacting other distributors.

He said, “Our biggest and best distributors are extremely solid. They’re well-capitalized, they watch their balance sheet as closely as we do, and we’re very pleased with their performance. We’d always like them to buy more Ruger and keep more Ruger inventory, but in large measure, we’re very satisfied with their performance. There may be some smaller distributors that may struggle during this period, but that remains to be seen. At this point, we’re not seeing anybody perhaps looking to go down the same path as Ellett Brothers and Jerry’s, but you never know.”

Asked about overall firearms demand, Killoy said the summer months typically are the slowest for the firearms industry but business slowed down earlier than normal.

“It remains a buyer’s market at all levels,” added Killoy. “We saw a lot of deals being offered by our competitors. And in many cases, we had some strong programs out there to allow retailers to buy Ruger guns at a discount. But they are same programs offered to all retailers. And candidly, we didn’t cut any deals. We didn’t offer any extended payment terms, and we likely may have paid a short-term price for that.”

Killoy also noted that Ruger had cash and short-term investments balance of $132 million at the close of the quarter and “stand ready to capitalize if the right opportunities arise at the right price.”

Ruger officials were asked if they explored the acquisition of Savage Arms and Stevens firearms brands, which was sold by Vista Outdoor in early July to a financial buyer for $170 million. Killoy answered, “We rather can’t comment on, on specifics there, but I would tell you, that when these opportunities come up that we’re on every investment banker’s speed dial, and we get lots of calls to look at lots of companies. It just has to make sense for us. It has to make sense from both the product line overlap, multiple price point and things of that nature. But we get lots of calls from the investment bankers anytime they’ve got a project or a company they are working with to sell.”

The Stingray’s Waning, What’s Next for Schwinn?