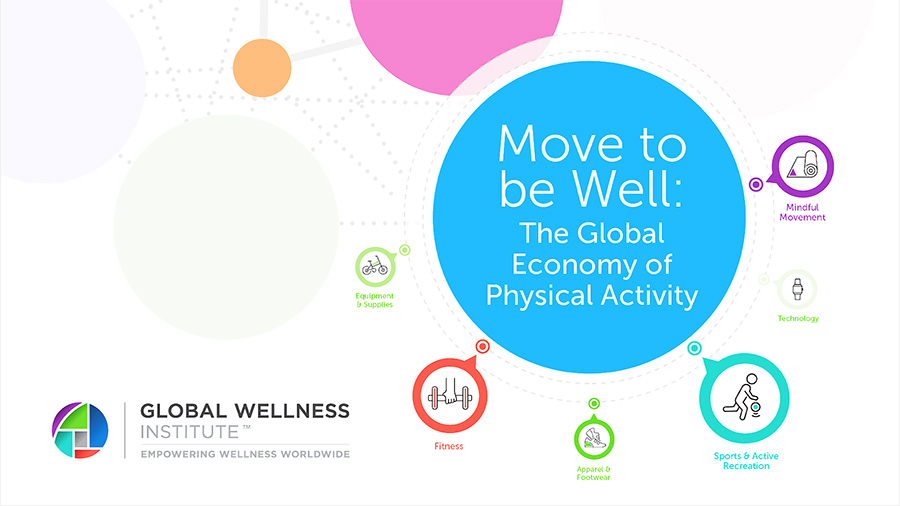 Researchers at the nonprofit Global Wellness Institute (GWI), revealed new U.S. data from its recent study: “Move To Be Well: The Global Economy of Physical Activity.”

The data shows a sharp divide between the “haves and have-nots” in the United States—which leads to spending and innovation of the physical activity market worldwide but ranks just #20 in participation. GWI’s mission is to empower wellness worldwide by educating the public and private sectors about preventative health and wellness through research, industry initiatives and roundtables, wellnessevidence.com, and its Wellness Moonshot campaign.

GWI Chair and CEO Susie Ellis said, “These provocative insights prove how crucial it is for business leaders, policymakers and the wellness industry itself to encourage ongoing, daily participation in physical activity—not just for those who can afford it or have easy access to gym memberships and exercise classes. I was disappointed to learn that so much of the explosive success stories we see in the fitness market—from brands like Peloton, SoulCycle and CrossFit—are essentially the sales of more ‘product’ to the same individuals and not introducing more people to fitness.”

However, while the U.S. outspends all other nations, GWI senior researchers and report c=Co-authors Ophelia Yeung and Katherine Johnston noted that the nation has much to learn from other countries and cultures when it comes to encouraging daily physical activity (recreational or otherwise) among every demographic and socioeconomic level.

“While physical activity is a massive $264.6 billion commercial segment in the U.S., there is a major disconnect: sedentary lives, obesity and chronic disease are escalating right alongside the fitness market’s explosive growth,” said Yeung. “Sadly, America’s high spend doesn’t translate into high participation rates. In fact, the U.S. ranks 20th in physical activity participation (58 percent)—significantly behind leaders like #1 Australia, #2 Taiwan, #3 Norway, and #4 New Zealand, where participation ranks in the 80 percentiles.”