These results include the impact of a one-time, non-cash charge related to lease accounting of approximately $.01 per share.

The Company's gross profit percentage of 40.2% in the first quarter of fiscal 2005 improved 1.3 percentage points as compared to the same period last year, due principally to improved company-owned retail store gross profit and fewer markdown allowances. Operating expenses in the first quarter of 2005 increased 15% as compared to the prior year. As planned, the major operating cost increases for the quarter related to the Stride Rite Children's Group retail store expansion and higher advertising costs. In addition, as discussed later, the one-time charge related to lease accounting was also included in operating expenses.

The quarter-end balance sheet remained solid with accounts receivable up just 2% from last year on the 11% sales increase. DSO at 55 days improved 2 days compared to the same period in the prior year. Inventories increased 14% compared to last year. The Company's end of quarter net cash and marketable securities position of $45 million represented a $23 million decrease compared to the same period in fiscal 2004 and the Company has no outstanding debt. The Company repurchased $5.7 million of company stock in the first quarter of fiscal 2005.

David M. Chamberlain, Stride Rite's Chairman and Chief Executive Officer, commented, “We were very pleased with the start of 2005. Our first quarter sales and earnings growth was strong. The Stride Rite Children's Group had an excellent quarter with our retail store results continuing to drive top-line growth. Their results were aided by the earlier Easter holiday this year. The Sperry Top-Sider division had another outstanding quarter, up 32% compared to last year. Sperry Top-Sider is being helped by the “preppy” fashion trend and success in women's footwear.”

Mr. Chamberlain continued, “We view 2005 as a transition year for Keds. Our Keds division had improved first quarter results due to higher sales in the premium channels of retail distribution. The style growth was in Champion(R), Microstretch(R) and the new ballet flat. The Keds brand repositioning is now underway, commencing in January with the launch of the advertising campaign featuring Mischa Barton as the Keds spokesperson. We expect Keds sales in the second quarter to be flat to slightly down from last year, as we continue to position the brand with high-end retailers and fewer closeouts. This should build a solid base for fall and in future years. Tommy Hilfiger had a disappointing first quarter and continues to be negatively affected by a lower average selling price. Our International business continues to enjoy nice performance in Canada and Latin America. With the early Easter holiday, which shifted a portion of sales to the first quarter and the cold weather in the Northeast and Midwest, we do not expect the same rate of consolidated growth in the second quarter as we achieved in the first quarter. We are confident that our strategies are progressing in building our brands and look forward to continuing to demonstrate success throughout 2005.

This charge resulted in a one-time, cumulative, non-cash adjustment to rent expense of approximately $0.3 million after-tax, or $.01 per share, which we recorded in the first quarter of fiscal 2005. The $0.3 million after-tax charge was predominantly related to prior periods. Financial results for prior periods will not be restated due to the immateriality of these amounts to the income statement and the balance sheet of each prior year. This will not affect historical or future cash flows or the timing or amounts of payments under related leases, as this related solely to accounting treatment. Furthermore, it is not expected to have any material impact on future earnings. 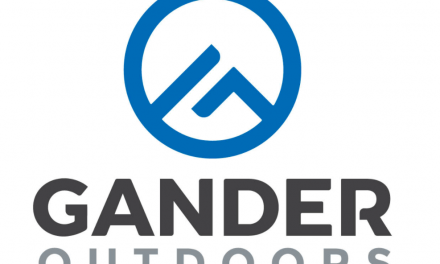 Skechers Returns to Profitability in Q2