Murray, 49, will join the company on April 12, 2010 from VF Corporation.  Prior to assuming the role of President, VF Action Sports Coalition, Murray was president of VF’s Vans brand from 2004 to 2009. Murray had been the Chief Marketing Officer for Vans, Inc. from 2002 to 2004 and Senior Vice President, International from 1998 to 2002. Prior to joining Vans, Inc., Mr. Murray held various leadership roles in the US and abroad for Reebok International, LTD from 1991 to 1998. Murray holds a BA in Business Studies from Middlesex University.

Senk commented, “When Ted notified us of his interest in retiring, we commenced a search for an outstanding merchant leader for the business. Steve is more than we expected with his vast global experience and brilliant track record in growing lifestyle brands and retail concepts. He is a perfect fit for Urban Outfitters, and brings tremendous creativity and leadership to our organization, along with a deep familiarity of global youth culture from his nearly two decades of work with the Vans and Reebok brands. I am thrilled to have Steve join our executive team and am confident he will play a pivotal role in the future development of the Urban Outfitters brand and URBN.”

Marlow, 58, joined the company in 2001 and has led the Urban Outfitters brand through a period of significant growth and expansion.

“Ted is a powerful leader, stewarding the Urban brand’s most successful period in its 39 year history,” said Glen T. Senk, Chief Executive Officer. “He built a strong global team and provided a creative vision and foundation that will carry the brand for years to come. I know Ted is thankful for the passionate commitment of those that have been part of the Urban Outfitters brand during his time with the Company. Personally, on behalf of the board and all URBN employees, we thank Ted and wish him all the best in retirement.” Mr. Marlow is expected to remain at URBN through the spring of 2011 in the role of Executive Director of Business Development focusing on international expansion and special projects.

Half-Moon Donates $8K in Festival Proceeds to The Nature Conservancy 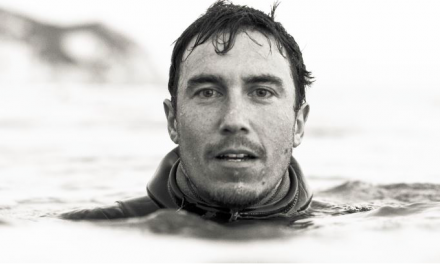