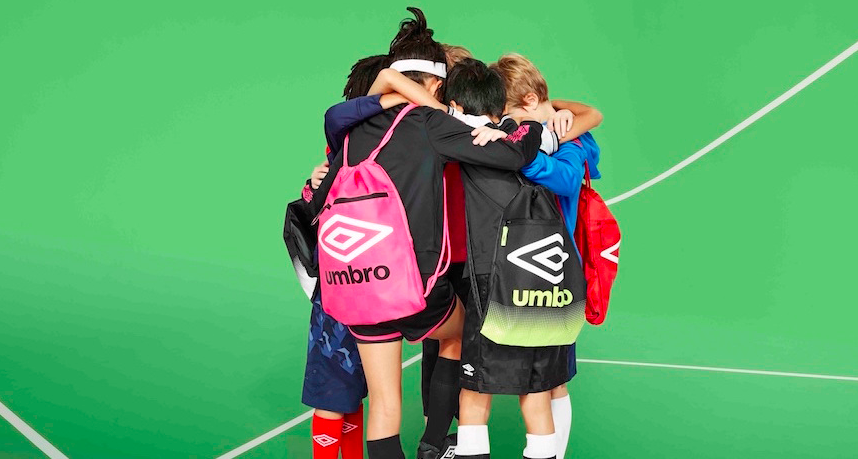 Iconix Brand Group Inc. cited successful initiatives supporting the relaunches of Starter and Umbro as highlights in what was otherwise another tough quarter for the company.

The net loss came to $79.4 million, or $1.26 a share, in the second quarter ended June 30 against earnings of $43.6 million, or 74 cents, a year ago. The loss largely reflected an impairment charge of approximately $73 million on the Mossimo trademark due to a reduction in assumptions around the relaunch of the brand. Mossimo is being phased out of Target.

Excluding special items in both periods, non-GAAP net income from continuing operations was $7.7 million, or 12 cents a share, in the latest quarter, in line with expectations. In the year-ago period, Iconix earned $15.2 million, or 26 cents, on an adjusted basis.

The operating loss for the latest quarter was $94.6 million compared to operating income of $15.9 million in the second quarter of 2017. Both periods included numerous charges for goodwill and trademark impairments, debt financing costs and losses on termination of licenses.

Excluding special items, adjusted operating income fell 26.9 percent to $27.7 million from $37.9 million. The decline in adjusted income was attributed to the decline in licensing revenue from the transition of the company’s Danskin, OP (Ocean Pacific) and Mossimo direct-to-retail (DTR) deals.

Total adjusted revenue was $50.2 million, a 17 percent decline versus the prior year quarter.

In the Women’s segment, revenue dropped 39 percent, principally the result of the transition of Danskin, OP, and Mossimo DTRs. Both Danskin and OP are being phased out of deals with Wal-Mart.

On a conference call with analysts, David Jones, EVP and CFO, said the new brand positioning for Danskin continues to be well received by licensees. Said Jones, “As an example, one of our great licensees, United Legwear, recently signed up to license Danskin for the socks and headwear categories in department stores, specialty stores and off-price. Importantly, we also recently secured an agreement with Walmart to continue the Danskin Now Girls’ Dance business, both in-store and online. This is meaningful for the brand and shows the strength of Danskin’s heritage in dance.”

Ocean Pacific signed a new license agreement for footwear and accessories starting in the Spring ’19 season with one of Iconix’s Umbro and Danskin licensees. Ocean Pacific has also been successful in gaining surf distribution this year going into Spring ’19, which is helping the brand to re-establish its authenticity and heritage. Said Jones about OP, “We are in conversations to develop an elevated collection at higher distribution, and we are currently presenting home and beach concepts to some significant retailers.”

Jones also noted that despite the impairment charges, Iconix believes Mossimo has “significant opportunities” in licensing that will be discussed in the third quarter.

In the Men’s segment, revenue was up 5 percent for the quarter, helped by Umbro’s distribution agreement with Target that has exceeded expectations since its launch in February 2018.

“Men’s and women’s fashion apparel is launching at Target this month, and we are happy to report that our inventory is in shape to provide meaningful results,” said Jones. “As we look forward to 2019, we are working with Target on initiatives for the women’s World Cup and category expansions, which should provide some additional traction for the brand.”

Umbro was launched in kids in core soccer apparel and is also expanding to equipment offerings for the upcoming fall soccer season. Men’s and women’s fashion apparel are launching later this month.

Starter has started selling on Amazon, and sales on the platform during the month of July were strong and included a participation in Prime Day and a Starter Deal of the Day. Iconix’s Interim CEO Peter Cuneo said, “We are anticipating a doubling of the Starter Black business this year versus 2017, as our core licensee, G-III, continues to advance the brand.”

Starter also signed on as the official on-field outfitter of uniforms and sideline apparel for all the teams in the Alliance of American Football League, which includes a 10-week regular schedule beginning on February 9 next year. Games will be broadcast on CBS. Added Cuneo, “We are exploring off-the-field marketing opportunities for Starter as well and, as you might imagine, this is a very significant opportunity for Starter.”

Pony signed three license agreements in the quarter, including ones in footwear, women’s apparel and kids apparel. Also in men’s, the Buffalo denim business has been a strong performer.

Among other segments, the Home segment was down 11 percent year-over-year while International, anchored by Umbro and Lee Cooper, grew 4 percent.

Jones said Iconix remains on track with the company’s previously announced cost savings plans to obtain annual savings of approximately $12 million through rightsizing the company’s expense structure and appropriately aligning it to the current business. The company was also in compliance with financial covenants related to the company’s indebtedness and current three-year projections show us to be in compliance through 2020.

In other news, Iconix reached a cooperation agreement with Sports Direct International to resolve a potential proxy battle by adding a board member designated by Sports Direct. The company is also  close to appointing a new CEO and continues to see interest every day for many of its  brands.

Said Cuneo, “We believe the licensing business continues to have much unrealized value, and we are working with our global business partners every day to develop new innovative ways to go to market. We continue to believe that our business model has to include a direct-to-consumer outreach business for many of our brands, and we are working to build that capability now. Our business is stable, and is coupled with a sound balance sheet. The transformation of Iconix is progressing.”

The company slightly downwardly adjusted guidance for the year.

The revised outlook for 2018 includes:

Iconix officials were asked in the Q&A session about the demand for DTR deals, apparently in light of Target’s surprise announcement to exit the C9 Champion label in 2020. Cuneo said future DTR contracts will likely have more flexibility to enable a retailer to limit their downside risk if the DTR brand doesn’t hit projections.

But Jones believes brands remain important to retailers, particularly in sports categories, pointing to Target’s early success with Umbro as an example. Said Jones, “I think the answer is, brands are still very important, and in the right situations I think big retailers are willing to make commitments to brands.”