Stage Stores, Inc. reported that total sales for the month of November increased 6.6% to $110.6 million from $103.8 million in the prior year four-week period ended November 27, 2004. Comparable store sales increased 4.6% compared to an increase of 6.0% last year.

The Company noted that most of its merchandise categories achieved comparable store sales increases during the month, with women's special sizes, cosmetics and accessories posting double-digit gains of 11.0%, 10.6% and 10.2%, respectively.

Mr. Scarborough concluded, “We are delighted with the continued strength of our business. Our November sales performance gets us off to a good start on the upcoming holiday shopping period. The combination of our exceptional customer service, exciting merchandise selections, and our close-to-home locations should keep our customers coming to our Bealls, Palais Royal, Peebles, and Stage stores to fulfill their holiday shopping and gift-giving needs.”

The Company announced that, on November 30, 2005, its Board of Directors declared a quarterly cash dividend of 2.5 cents per share on the Company's common stock, payable on December 28, 2005 to shareholders of record at the close of business on December 13, 2005. 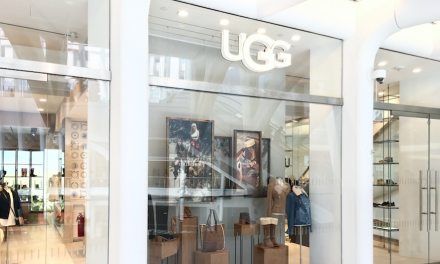