Jim Scarborough, Chairman, President and Chief Executive Officer, commented, “This was a very solid quarter for our company. Our comparable store sales were up a strong 4.5%, and our net income and earnings per share were up significantly, reflecting the improved performance by our Bealls, Palais Royal and Stage group of stores, as well as the accretive impact of our Peebles acquisition. Most of our key merchandise categories achieved comparable store sales increases during the quarter, and our small, mid-size and large market store groups each had positive comparable store sales results.”

Mr. Scarborough continued, “During the first quarter, we opened six new stores, which included four Bealls stores, one Palais Royal store, and one Peebles store. We also completed the remodeling of 5 stores during the period. Additionally, we sold our Peebles private label credit card portfolio to a subsidiary of Alliance Data Systems Corporation, and received cash proceeds of approximately $34.8 million at closing.”

Mr. Scarborough concluded, “Our integration of Peebles continues to go smoothly, and we are pleased with the progress that has been made to date. During the quarter, we launched a Peebles VIP Program and intensified our efforts at our Peebles stores to sign up new credit card accounts. Both initiatives received favorable customer response and, over time, we expect these initiatives to strengthen customer loyalty, grow our credit card penetration rate and increase sales.”

The Company also reported that, through May 19, 2004, it had repurchased 1,308,956 shares of its common stock under its current $50 million Stock Repurchase Program, at an aggregate purchase price of approximately $47.5 million.

For the second quarter ending July 31, 2004, the Company currently anticipates reporting revenues in the range of $282 to $288 million, which would reflect a comparable store sales decrease from the prior year second quarter in the low single digits range. Were it not for the aforementioned shift in the Texas sales tax holiday weekend, the Company would have expected comparable store sales to be flat to up in the low single digits range. Net income is currently estimated to be in the range of $9.8 to $11.0 million, or earnings of $0.49 to $0.55 per diluted share. This outlook compares to earnings of $9.1 million, or $0.45 per diluted share, for the prior year second quarter. In projecting earnings per share for the fiscal 2004 second quarter, the Company used an estimated diluted share count of 19.9 million shares. 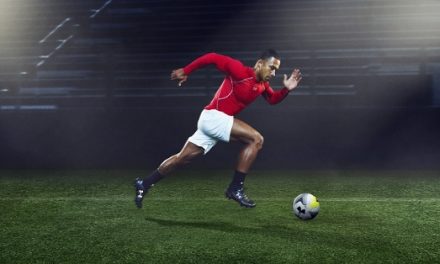