Stadium Goods this fall will expand into the European market through an exclusive partnership with Zalando, Europe’s biggest online platform for fashion.

Through the partnership, Stadium Goods’ marketplace of hundreds of thousands of coveted sneakers and streetwear items will expand its reach to the European market. It will be available to customers in Germany first before being further rolled out after a testing phase.

“As a leader in the sneaker market, we’re excited to be partnering with Europe’s premiere online shopping destination. We believe together, Zalando and Stadium Goods will offer sneaker enthusiasts the authenticity and selection European consumers have long been asking for,” said John McPheters, Stadium Goods co-founder and CEO.

Via the Zalando Partner Program, brands and retailers can connect their own e-commerce stock to the Zalando fashion store. Articles are seamlessly integrated into the Zalando catalog and shipped directly by Stadium Goods. For sellers at Stadium Goods, this partnership increases the visibility of the sneakers they’re selling across multiple channels – Stadium Good’s e-commerce website, flagship Soho retail store, as well as Zalando’s European platform with more than 21 million active customers — expanding the reach of their sneakers to European consumers and fulfilling unmet demand.

Carsten Keller, VP direct-to-consumer at Zalando, said, “Stadium Goods’ presence at Bread & Butter makes it a truly unmissable event for the European streetwear cognoscenti and this exclusive partnership with Zalando’s Partner Program positions us as a key destination for Europe’s community of discerning sneakerheads.” 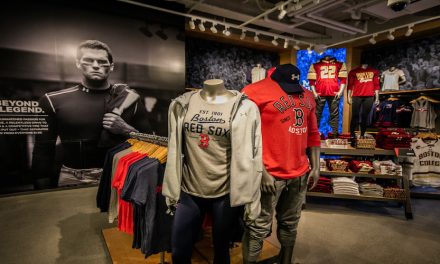