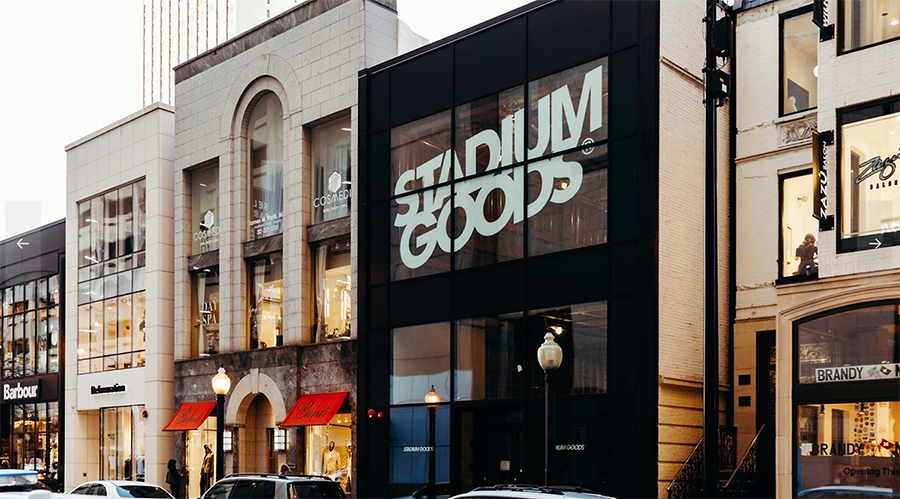 Stadium Goods, the sneaker and streetwear marketplace, announced plans to open a store in Chicago, representing its second city after opening its first store in New York City in 2015.

Located along the Magnificent Mile at 60 East Walton Street, is the two-level market center spans 6,000 square feet with the opening set for October 1. The second floor of the center features a gallery showcasing its latest collections. Additionally, the Market Center located at 1719 North Damen Avenue in Wicker Park, will open for consignment intake on Monday, September 21.

“Chicago has an incredible sneaker culture in its own right, beginning with the “Chicago” Jordan 1 to being the hometown of contemporary sneaker design leaders like Kanye West and Virgil Abloh,” said John McPheters, co-founder and co-CEO of Stadium Goods. “Stadium Goods is built on a foundation of culture and community, and being a part of the Chicago community was a huge draw.”

The opening follows its acquisition by Farfetch in 2019 and successful global partnerships with Alibaba, Sotheby’s, Fred Segal, and Christie’s.

“By being on the Magnificent Mile, we’re in the company of some of the finest luxury brands in the world,” says Jed Stiller, co-founder and co-CEO of Stadium Goods. “The products we sell are luxury items for this generation, so we fit right in. We saw the opportunity to bring Stadium Goods’ model of a fully authentic aftermarket presented with luxury retail aesthetics to a city with a rich sneaker history.”

Jarden to Offer $250 Million in Notes