FieldTurf won a victory in the battle over the field of play last week as the U.S. Patent Office rejected the major claims of Sprinturfs patent for an all-rubber in-filled product consisting of a woven/non-woven double backing. Based upon knowledge of the existence of prior art patents not previously evaluated by the U.S. Patent Office, FieldTurf initiated the Reexamination Proceeding that led to the rejection of Sprinturfs patent.

While Sprinturf has the option to respond to the patent office ruling, as of right now, its patent relative to the double backing is invalid and unenforceable. The Patent Office is expected to make its final findings within the next few months.

Favre Signs On as Starter Pitchman for Nike

WFSGI Elects New Board of Directors…

For years, Sprinturf has been touting its patent, an all-rubber infilled product consisting of a woven/non-woven double backing. Based upon knowledge of the existence of prior art patents not previously evaluated by the U.S. Patent Office, FieldTurf initiated a formal Reexamination Proceeding by alerting the Patent Office of such prior art.

While Sprinturf has the option to respond to the patent office ruling, as of right now, its patent relative to the double backing it has been touting is invalid and unenforceable. Despite promoting this patent in ads, press releases, and general marketing mediums for several years, the company has absolutely no authority or ability to assert the patent at this time. Fieldturf said that it expects the Patent Office will make its finding on invalidity final within the next few months.

“We have always asked Sprinturf to back up their statements because of their history of what appears to be dubious business practices,” said FieldTurf Tarkett CEO John Gilman. “Making claims about having an all-rubber patent when numerous prior art patents already disclose such a structure is clearly bad business practice. Sprinturfs clients deserve better than this and I urge anyone that deals with Sprinturf to conduct a full investigation of the company, the products, and any representations they make. The recent rejection by the patent office relative to their all-rubber patent is just another case, among many others, where Sprinturf appears to be caught in a hoax.”

“Sprinturfs attempts to obtain and assert what appears to be an invalid an all-rubber patent was derived from the fact that they could not copy FieldTurfs sand/rubber patents. This was Sprinturfs only option to obtain a differentiated position in the industry,” asserted Gilman. “The Pennsylvania-based company claimed in a 2006 press release, as part of a bogus marketing initiative, that it was no longer selling turf with sand and rubber infill because it had commissioned a lab report which allegedly had concluded that sand and rubber infill carried a risk of staph infection.”

When Sprinturf refused to let FieldTurf see the alleged lab report, FieldTurf went to Court in Philadelphia and obtained an Order which required Sprinturf to turn over the report. Sprinturf produced what they claimed was a complete copy of the lab report, but that turned out to be untrue. Shortly after receiving the document from Sprinturf, pursuant to the Court Order, FieldTurf obtained a copy of the lab report from a third party. As FieldTurf expected, the lab report said absolutely nothing about staph bacteria, staph infection or any health risk of any kind whatsoever. Recent studies confirm that artificial turf is not a breeding ground for these microbes and no staph bacteria was found in any of the artificial surfaces tested. Sprinturfs 2006 claim was a complete farce and an illegal attempt to slander the FieldTurf product, according to FieldTurf. 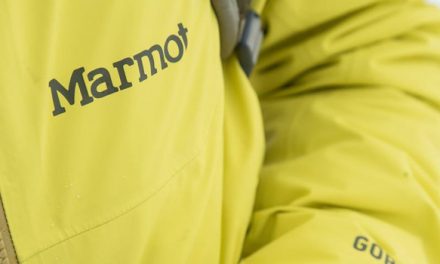