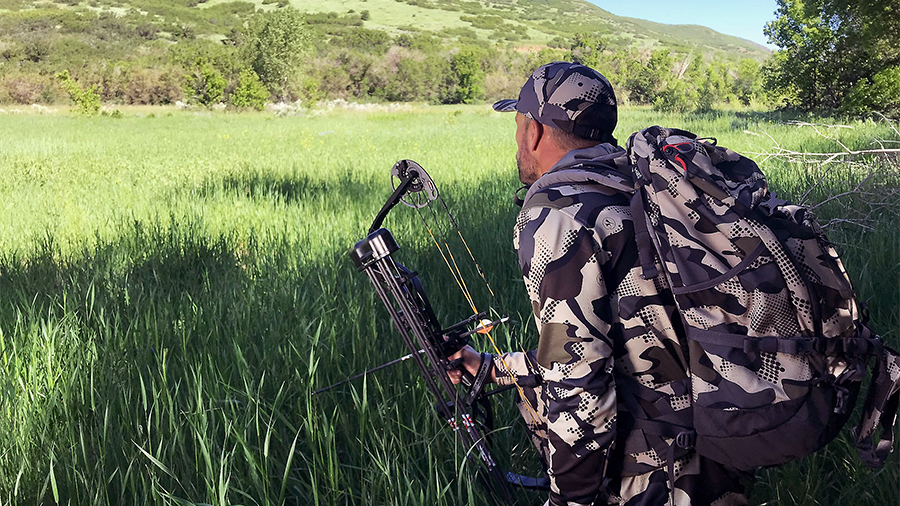 At an investor meeting hosted by Craig-Hallum, Jon Barker, CEO of Sportsman’s Warehouse, reasserted his bullish outlook on the retailer’s ability to reach more than 300 stores on its own following the termination of its merger with Bass Pro. Larger competitor moves to reduce their emphasis on shooting sports and pent-up demand from shooting sports due to low inventory levels of ammunition inventory are seen as newer growth drivers.

Asked about the tailwinds associated with the pandemic, Jeff White, interim CFO, Sportsman’s Warehouse, which currently has 122 locations, said he saw “very healthy” increases across the vast majority of categories in 2020, and those increases continued in 2021.

White added that reports in 2021 showed participation rates in the outdoor industry were the highest they have ever been, with record gains in sign-ups for fishing and hunting licenses.

“These customers have made an investment into their outdoor hobbies, and this investment is going to continue as we look into the future, and those participation rates are going to continue,” said White. “Our customer has found a new way to recreate. They found that they don’t have to go to Disneyland and don’t have to travel on a plane; they can go into the outdoors and find space where they can recreate.”

White also said Sportsman’s Warehouse made a conscious effort in prior years to broaden its product offering in other categories outside shooting sports, including camping, that have also seen an uptick in participation due to the pandemic. Said White, “We, as a company, will always be committed to the shooting sports industry——-that customer to us has the highest lifetime value. But what we’ve done in the last couple of years is expand our assortment into those other categories so we can serve a variety of customers and we can weather any downturns that we may see in the cyclicality of firearms and ammunition.”

Barker is also optimistic that core shooting sports categories will find growth opportunities despite one-time events that incentivized purchases, including civil unrest and the election, over the last 18 months.

The CEO said the industry had seen upticks in firearms sales during election cycles in the past, but it had never had 12 million first-time gun buyers over 18 months.

“Historically, when you get an election cycle, the run-up of firearms tends to be by individuals who already own one firearm,” said Barker. “They’re afraid that the firearm they haven’t bought yet is going to go away because of potential regulatory issues; this is not the situation we went into. I’m not saying there wasn’t some of that election impact at the end of the year, but the majority of it was participation in outdoor activities—–hunting, shooting sports – or personal protection. So as I think about that customer entering into the industry ——over 18 months, 12 million new customers, I’m optimistic about the future of the firearms and ammunition industry.”

He further believes shooting categories going forward will benefit from pent-up demand, noting that many consumers who purchased firearms over the last 18 months have not fully used them because of limited ammunition in the marketplace.

He added, “So again, am I optimistic? Absolutely. Do I think we’ll comp firearms every month, every quarter, as a country? Unlikely.”

The other newer factor supporting Sportsman’s Warehouse’s growth is several larger competitors moving away from the hunt category.

Barker said Sportsman’s Warehouse had been “very optimistic” heading into 2020 about growth because investments online and in its omnichannel platform were starting to pay off, and Walmart and Dick’s Sporting Goods had both moved to de-emphasize their firearms and ammunition business.

Asked about the current competitive landscape, Barker said Sportsman’s Warehouse has continued to see a gradual pullback from Walmart in its firearms and ammunition categories, with certain regions carrying less. He said it’s unclear whether the pullback in those categories reflected a strategic decision to shift away from shooting sports further or whether the chain is facing challenges securing product.

Walmart, in September 2019, said it would stop selling short-barrel and handgun ammunition, with the move coming soon after a mass shooting in Odessa, TX. Barker said, “As you can imagine, this industry is very sensitive to the positioning of brands as it relates to firearms and ammunition. And when you take a stand against the industry and then you need the industry’s support, it may not always be there.”

Dick’s likewise removed its firearms and ammunition assortments in certain stores following a mass shooting at a school in Parkland, FL. Barker said Sportsman’s Warehouse had noticed that Dick’s had pulled back on the fishing category, and management had said it’s making room for more team sports and golf items.

He also noted that Gander Outdoors, formerly Gander Mountain and now owned by Camping World, last fall exited the all hunting and shooting categories as well as apparel and footwear categories. Barker said that while Sportsman’s Warehouse doesn’t overlap with Gander locations in many geographic territories, “that is certainly market share that we believe is available for us to gain over time as they’ve exited that business.”

Barker also estimated there are about 50,000 smaller independents that may be only a “few hundred square feet” in size along with some larger regional chains that may have a few locations. He said, “Some of them are exceptional what they do. But many of them are lacking in their capabilities through supply chain.”

Barker said when Sportsman’s Warehouse looks at new markets, it focuses on the competition and often has discussions about whether an acquisition might make sense. He said many tend to be focused on firearms and ammunition and often face cash flow struggles when the overall hunt and shooting category faces a down cycle. Barker said, “We do expect they’ll have a more challenging period in front of them than a full-breath assortments retailer such as Sportsman’s Warehouse.”

Asked about any changes from a competitive standpoint from Bass Pro, Barker said Bass Pro has only added one store, opening in Morgantown, WV last fall, while closing a few others since its mega-merger in 2017 with Cabela’s. Barker, however, feels Sportsman’s Warehouse’s flexible model remains a key differentiator against Bass Pro, Cabela’s, Schell’s, or Academy Sports.

“We have stores that start at 7,500 square feet at Laramie, WY to 60,000 square feet in Anchorage, AK. And as we look at every new market to go into, we start with our baseline of a 30,000-square-foot store. And we will increase that square footage if the population density, the participation and the competitive nature of the market would support a larger store. On the other hand, if the market’s small or maybe geographically we are using travel times as our differentiator, we can go down to a small store.”

Asked about the goal of reaching more than 300 locations, Barker noted Sportsman’s Warehouse currently plans to open seven to 10 this year but would have had more in the pipeline if not for the termination of the Bass Pro merger in the first week of December.

The merger caused the company to become a “little behind” on lease negotiations, permitting and construction and more new stores will open in 2022.

Said Barker of the retailer’s new store priorities, “In a perfect world, we’d like to stay within 100 miles of an existing store so that we can leverage the organic marketing and the supply chain.”

The chain, however, recently expanded into Central Florida outside its 100-mile target range because it saw a good opportunity. Overall, Barker said Sportsman’s Warehouse is looking at about 100 new locations as potential openings.

Said Barker, “There’s a lot of opportunities. We’ll grow to 30 states this year with the first store in Ohio. And as you can imagine, there’s a lot of locations in our funnel when you think about 10,000 to 65,000 square feet where it could make sense.”

Two of the five stores the retailer has announced plans to open in 2022 are “greenfield” projects, or ones developed on vacant lots. Typically, Sportsman’s Warehouse tends to open in “second generation real estate,” or former stores, that offer costs savings. Stores have recently opened in former locations of H.H. Gregg, Staples, Toys R Us and Stein Mart.

Asked about the termination of the Bass Pro deal, Barker said the merger agreement was reached in December 2020 and the two sides had been confident that the merger be gain anti-trust approval until the new Biden administration and new FTC leadership arrived.

Said Barker, “It was not until a couple of days before we made the announcement that the FTC made it very clear that there was not a path forward for this transaction. All parties – Great American Outdoors, Sportsman’s Warehouse, our board of directors – determined it was in best interest at that time to terminate the pending transaction and return to being a separate operating business. So it’s an unfortunate event from the perspective of how it turned out but I think all parties put 110 percent in. There was a lot of collaboration. We have a lot of respect for Johnny Morris and his team. But we now return to being a separate, private company. And we’ll get up every day competing against Bass Pro, Cabela’s and others – like we’ve always done in the past.”