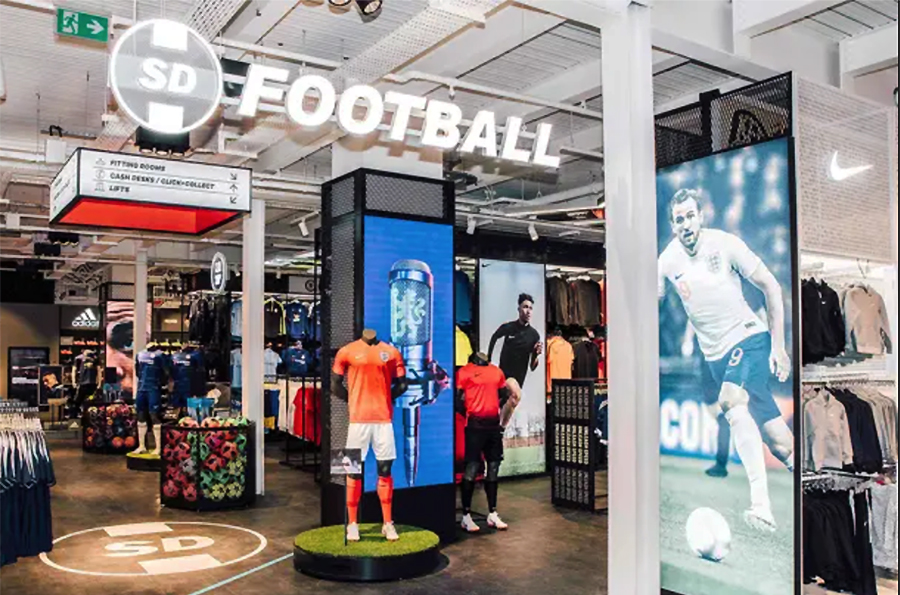 Sports Direct, the U.K.’s largest sporting goods chain, is calling for a Europe-wide investigation into the dominance of Nike and Adidas in the sportswear market. The call follows ongoing moves by Nike to stop selling to “undifferentiated, mediocre” retailers and apparent fears that Adidas may follow suit.

Sports Direct’s call for an inquiry was revealed in an article in The Sunday Times entitled, “Nike’s killer blow for small stores.” The article also indicated that Nike had sent a letter to “dozens of independent retailers” in the U.K. market indicating they would no longer have access to Nike product by 2021.

Sports Direct also submitted a media statement that referenced the article as well as the challenges faced by the sporting goods industry beholden to Nike and Adidas.

In late July when it reported results for its year ending April, Sports Direct had already vexed that the Sports Direct chain’s ongoing elevation strategy that’s been upgrading the store environment isn’t helping the chain secure premium product from vendors.

The article describes how Nike notified independent retailers that access to its products would end in two years, stating that their way of stocking its goods was “no longer aligned” with Nike’s distribution strategy. The articles further states that “retailers are fearful that Adidas will follow suit” and that “the two brands dominate the industry and between them raked in about £50bn of sales worldwide last year”.

The sports industry has long been dominated by the ‘must-have’ brands such as Adidas. These ‘must have’ brands hold an extremely strong bargaining position vis-à-vis the retailers within their supply networks and use their market power to implement market-wide practices aimed at controlling the supply and, ultimately, the pricing of their products.

Sports Direct has long fought against such practices and has historically sometimes found itself at a disadvantage, with brands like Adidas withdrawing supplies of key products (such as replica football shirts i.e. Chelsea shirts in 2013) or simply refusing to supply key products at all with no apparent justification.

Sports Direct believes that the industry as a whole would benefit from a wide market review by the appropriate authorities in both the UK and Europe.

Sports Direct has consistently aimed to provide the widest range of products at attractive prices and will continue to work constructively with all its suppliers to enhance its product offering for the benefit of consumers.