The fourth quarter was a mix of good news and bad for the industrys largest public sporting goods retailers as most saw a nice boost in footwear comps in January to cap off a fairly decent quarter for the business. The shift of footwear dollars from February to January that helped those on the athletic specialty side of the business during the quarter (see SEW_0510) was evident with the full-line guys as well, but the move to performance has also helped boost sales across apparel and hardgoods categories.

Dick's Sporting Goods saw the fiscal fourth quarter end with bang, as comparable store sales — helped by the Pittsburgh Steelers Super Bowl run  blew by expectations for the quarter. The 4.1% comp store sales gain, which came on top of a 2.6% increase in Q4 last year, was further fueled by strength in athletic footwear and apparel, exercise, and a number of outdoor categories. The retailer also said that the womens business continues to be strong across multiple categories. DKS wont start to comp the former Galyans stores until the fiscal second quarter of this year.

Company chairman and CEO Ed Stack said they did end the year with a bit more winter merchandise than they would have liked, but said it wasnt necessarily a bad thing though, given the colder weather in February. He also said they have seen some expansion in average unit retail in footwear, thanks to growth in the running category and the launch of the Nike Air Max 360 shoe. Stack said that womens is growing as a percent of the total apparel business.

Mr. Stack said the outdoor business, which had become a bit more promotional at Gander Mountain, still comped positive for the second consecutive quarter. He also said they can push AURs up in the Lodge business by featuring some better firearms products. He also said they had “terrific success” with The North Face this past season and are planning to expand that business.

Net sales for the quarter ended January 28 increased 7.8% to $849.5 million from $788.0 million in the year-ago period. Gross margins improved 160 basis points to 30.3% of sales, compared to 28.7% of sales in Q4 last year. Merchandise margins were the main driver in the GM gain, offset a bit by higher transportation costs caused by fuel surcharges.

Net income also exceeded estimates, increasing 27.6% to $54.0 million, or $1.00 per diluted share, for the period, compared to $42.3 million, or 79 cents per diluted share, in the year-ago quarter. Excluding $7.5 million in after-tax merger integration costs from the prior year, net income would have increased 24.8% from the fiscal 2004 fourth quarter.

Mr. Stack said the marketing and advertising supporting the former Galyans stores have been synchronized with the Dicks stores since October and are expected to help them perform like any other new Dicks store.

DKS opened 26 new stores, relocated four stores, and closed five stores in connection with the Galyan's acquisition during the year for a total of 255 stores with approximately 14.7 million square feet in 34 states at year-end. Inventories were up 2.5% at year-end on a per square foot basis.

Looking ahead, DKS expects to see EPS in the range of 15 cents to 17 cents per share in the fiscal 2006 first quarter on a 3% to 5% comparable store sales gain. The earnings estimate, which represents flat growth versus the year-ago quarter at the 16 cents mid-point, includes seven cents a share for stock options expenses.

For the full year, Dicks Sporting Goods is forecasting EPS in the $1.77 to $1.81 per share range on a 3% comp store sales gain. The full year estimate, which includes 25 cents per share in stock option expenses, represents a 31% to 34% increase in EPS versus 2005. The increase is roughly 20% on a like-for-like basis. They expect to open 40 stores in fiscal 06, with six of the stores planned as two-story formats. Only a few of the total stores are planned for west of the Mississippi.

The Sports Authority, Inc. took the opportunity afforded it with its pending move to a private entity and offered little detail on a pretty successful fiscal fourth quarter and year. Management did not participate in the traditional analyst and investor conference call following the release of preliminary results for the period ended January 28. The ability to run stealthy over the next few years as it makes investments in improving overall performance is seen as an important step in the next phase of the business.

Comparable stores sales for the fourth quarter outpaced the gain for the year, increasing 2.4% for the period compared to a 2.2% comp store sales decline in Q4 2004. Total sales increased 3.8% to $741.1 million in Q4 from $713.8 million in the year-ago period. The company said it had “strong sales performances in active and outdoor apparel, fitness and team sports.”

The increase was due in part to a 60 basis point improvement in gross margins that rose to 29.3% of sales in Q4 versus 28.7% of sales in the prior year period as well as cost controls that kept SG&A flat to last year at 22.1% of sales.

The retailer said that merchandise inventories were down 9.9% on a per square foot basis compared to the prior year-end, while long-term debt was reduced by $69.2 million versus year-end 2004.

TSA opened two new stores, relocated one store and closed one store during the fourth quarter for a total of 398 stores in operation in 45 states at year-end. They expect to open twelve new stores and close three stores during fiscal 2006. TSA sees a 2% comp store sales increase for fiscal 2006.

Hibbett Sporting Goods, Inc. Chairman and CEO Mickey Newsome said the retailer had its “greatest year ever in 2005,” a point he exemplified by touting a 40% increase in earnings per share, a 5.6% comp stores sales gain, and an 11.8% operating margin for the year. HIBB was up against its first-ever $100 million quarter in Q4 last year and couldnt keep pace with the strong comp sales gain of a year ago, but they did finish the year in 2005 by exceeding $400 million in annual sales for the first time.

Net sales for the fourth quarter ended January 28 increased 12.8% to $120.8 million compared with $107.1 million for the year-ago period. Comparable store sales increased 2.5% on top of a 5.2% gain in the fourth quarter of fiscal 2005. November comps were up “slightly” as the retailer saw Holiday sales activity push later into the quarter. December was up 2% and January comps increased 5%, due in part to increased gift card redemptions.

Mr. Newsome said that February was not as good as they would have liked, but March has started off “very strong.” He pointed to key marquee footwear that shifted from February last year to March this year.

Gross margins improved approximately 100 basis points to 33.7% of sales in the quarter on cleaner inventories and less promotional activity. Comp store inventories were down roughly 7%, a level management said was “a little lower” than planned. Net income for Q4 increased 21.7% to $9.9 million, or 29 cents per diluted share, compared with $8.1 million, or 23 cents per diluted share, in Q4 last year.

Big 5 Sporting Goods was the lone disappointment for the quarter after tough comparisons to a strong Q4 last year that was driven by good winter weather and an increase in costs this year associated with getting a new distribution center up and running. The retailer tempered its forecast for the coming year, a move that sent BGFV shares down 9.4% for the week to close at $19.38 on Friday.

Company Chairman and CEO Steve Miller said sales for the quarter “started off very strong,” but then “softened somewhat” over the Holiday period. He said the slowdown was due primarily to their inability to comp against last years winter-related sales, particularly in California and the Southwest, offset a bit by a better winter season in the Northwest. He said non-winter-related product “generally performed positively” throughout the period in line with expectations.

Hardgoods and footwear comped up in the low-single-digits for the quarter, but apparel was down in low-singles. Apparel was said to be the most affected by the weather. The current year appears to be starting off on the right track, with Mr. Miller suggesting that Big 5 is well on its way to its 41st consecutive quarter of positive comps.

The hit to the bottom line came from delays in shifting operations to a new DC that caused the company to operate two facilities in parallel for longer than expected. The company saw about $4.5 million (12 cents per share) in pre-tax expenses from the transition to the new DC, including labor costs, duplicate facility charges, transition-related trucking, and incremental depreciation charges. Offsetting some of the pain was a $0.8 million (two cents per diluted share) benefit from the inventory cost capitalization of warehouse expenses.

Gross margins, which declined 210 basis points to 34.0% of sales in Q4, were hurt by a 200 basis point hit from DC costs. Merchandise margins at point-of-sale were up 10 basis points for the period.

BGFV sees brighter days ahead now that they are operating out of a single DC, but they still expect that earnings for 2006 will be impacted by “continued expense pressures.” Still, management said Q1 was off to a “strong start” and felt the momentum would carry them into the second quarter. The company expects to see same-store sales growth in the low- to mid-single-digit range for the first quarter and full year of fiscal 2006, and earnings per diluted share of $1.23 to $1.33 for the full year. 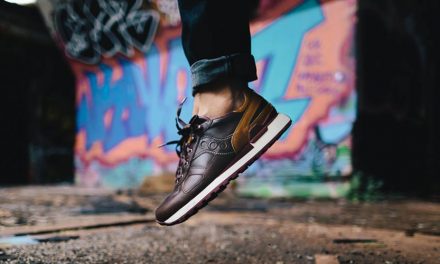