Sport Chalet Inc. reported a double-digits decline in sales for the third quarter ended December 28, due primarily to the nations economic downturn that led to a much wider net loss for the period.

Third quarter sales declined 10.3% to $104.6 million from $116.6 million in Q3 last year. Eight new stores not included in the same-store sales base contributed $4.7 million in sales for the quarter, or an increase of 4.1%, partially offsetting a 15.4% same-store sales decrease for the period and a decrease of approximately $0.5 million associated with the retailers Action Pass program.
Management reported in an SEC filing that the positive impact on sales from reducing prices was offset by worsening macro-economic conditions as well as unseasonably warm weather in the retailers core markets.
Gross profit as a percent of sales was 22.3% compared to 30.2% for the third quarter of last year. The decline was primarily due to increased promotional activity, which resulted in an additional $5.8 million in markdowns, increased rent as a percent of sales in newer stores and increased use of the companys Action Pass program that lets consumers accumulate points that allow for certain reward certificates to be used toward their purchases. 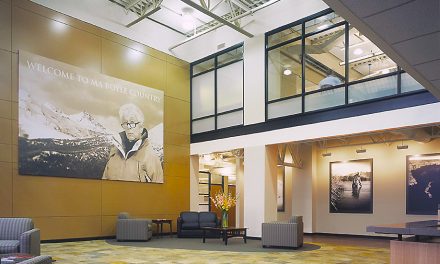 OR will Distribute Exped