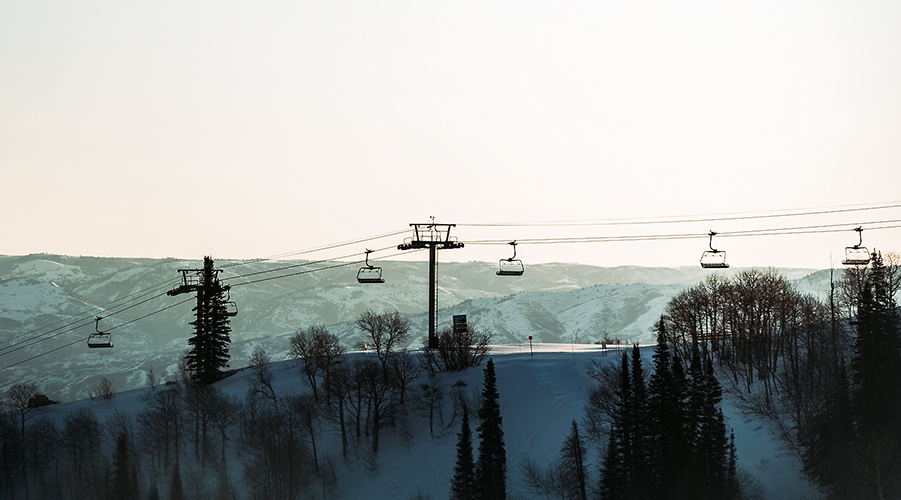 Just six weeks after the winter season was abruptly ended on March 15 in the wake of complete ski resort closures mandated by the COVID-19 pandemic, mountain destinations “officially” ended the 2019/20 ski season at the end of April. As mountain towns emptied out quickly, lodging properties in six western states ended the season on a disappointing note, according to DestiMetrics in their monthly Market Briefing from Inntopia.

Data collected through April 30 revealed the dramatic drop for April and its impact on the full winter season.

In a year-over-year comparison to April 2019, aggregated occupancy for the month of April among 300 participating properties plunged a staggering 95.6 percent. The Average Daily Rate (ADR) for the month was down 43.1 percent and resulted in a devastating decrease in revenue of 97.7 percent.

The impact of COVID-19 on the full winter season from November through April was less dramatic since the majority of the season (except for the crucial last two weeks of March), was almost over. As of April 30, occupancy was down 21 percent for the full season compared to last year. In contrast, ADR finished up 7.1 percent—despite the dramatic decrease in April. The relative strength in the room rate was not enough to offset the steep drop in occupancy during the final weeks of the official season, leaving revenues down 15.3 percent for Winter 2019/20.

“With the exception of a few resorts that have struggled in recent years, the mountain travel industry hasn’t seen winter declines like this since April 2009 when occupancy for the season was down 15.1 percent, ADR was down 8.1 percent, and revenues were down 21.8 percent compared to the previous winter of 2007/08,” acknowledged Tom Foley, senior vice president for business operations and analytics for Inntopia. “However, because of the timing of this pandemic when much of the winter season was already in the past, some resorts are equating it to a bad snow year—damaging but with contingencies to help recover. That works when a tough winter can be mitigated with the prospect of full summer of events and activities to attract visitors,” he continued. “Unfortunately, that is not the path we see going forward this year so that 15.1 percent decline is more dire.”

The booking pace during April for arrivals in April through the month of September was down a whopping 167.3 percent compared to April 2019 for the same period. As of April 30, bookings are down for all six summer months that include arrivals from May through October. May, June, and July are showing the steepest declines—triple-digit percentages in all three of those months. Despite the deep declines, they are an improvement from March’s booking pace—partially because the volume in April is lower and partially because virtually all cancellations had already been processed in March.

The practically non-existent booking pace during April is clearly apparent in the summer months. For the six-month summer season, occupancy is down 47.7 percent compared to last year at this time. In a bright spot for the lodging sector, ADR is up a solid 4.5 percent for the summer months, but that increase doesn’t come close to offsetting the low occupancy. Summer revenues are down 45.4 percent as of April 30 compared to the same time last year.

When discussing stable room rates, Foley was cautiously optimistic, noting that “the industry has an opportunity to contemplate how to approach the market upon reopening, and our surveys indicate a strong intention to hold rates steady,” he explained. “But frankly, rates are holding right now because, with the low amount of volume, they’ve not been widely tested against travelers’ willingness to spend,” he clarified. “So, while rates are steady for now, consumer’s economic realities may become a factor in the weeks ahead.”

Cancellations actually slowed following the initial spike in mid-March when most resorts closed without warning. In past years, cancellations occurred, on average, about 42 days prior to scheduled arrival. In March, that shrunk to just five days but by early April, those cancellations stretched to approximately 25 days–and by the end of the month, as long as 60 days.

“In essence, the initial cancellations were a mandate in the early days of the crisis, but even as the situation and uncertainty continued, visitors were inclined to keep their reservations as long as possible while waiting for information and recommendations,” explained Foley.

Economic indicators during April reflected the upheaval that the pandemic has brought to global health, business, and society. The Dow Jones Industrial Average (DJIA) stabilized in April compared to March and recovered somewhat despite continued worldwide uncertainty. The Index rose 12.4 percent over the March 31 closing bell, but still left the Dow 7.4 percent lower than where it was in April 2019.

“The rebound of the Dow from March looks good on paper but is inconsistent with the rest of the economic data and does not really reflect the incredible turmoil in markets and the world,” cautioned Foley. “We are seeing widespread declines in first-quarter earnings reports, negative decreases in domestic products, and an expected six percent contraction in the U.S. economy.” When combined with grim employment figures and consumer confidence, the Dow is not the best indicator of the current economic reality,” he emphasized.

The Consumer Confidence Index (CCI) plunged a historic 26.9 percent in April and is 31.9 percent lower than it was one year ago. This is its lowest level since June 2014. The grimmest statistics are in jobs. The national Unemployment Rate reached 14.7 percent in April—up a dizzying 4.4 percent from March. The U.S. economy has lost 20.2 million jobs and April’s unemployment report is the worst one in U.S. history. More than 36 million Americans have filed for unemployment assistance in the last eight weeks.

“Even in these unprecedented times filled with anxiety and uncertainty, we’ve seen a strong commitment from mountain visitors to keep their reservations and opt to change the dates, rather than cancel their mountain vacations entirely,” offered Foley. “However, most re-bookings are occurring for reservations arriving within 40-to-60 days after the initial cancellation, but the arrival dates are now mostly between September through December with many extending all the way through to next April and that is leaving a gap for approximately the next 120 days,” he added. “The good news is that reservation strength preserves current money already deposited in the bank, but unfortunately, many of those reservations won’t be realized for anywhere from four to 11 months,” Foley concluded.

House of Hoops to Open at Herald Square

Easton-Bell Sports Being Prepped for Sale