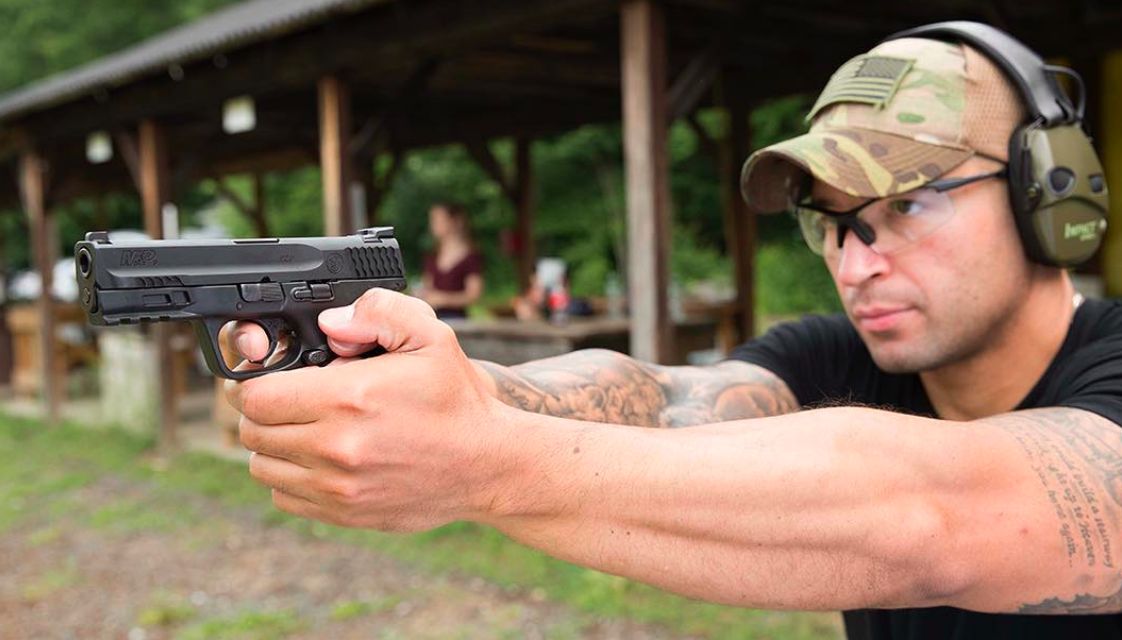 Shares of American Outdoor Brands, the parent of Smith & Wesson, M&P and Thompson/Center Arms, were trading up nearly a third in mid-day trading on Friday after the company exceeded guidance in the first quarter ended July 31 and aggressively lifted targets for the company’s full fiscal year.

“We are pleased with our operational and financial results for the first quarter. Our increased profitability was driven by consumer preference for our new products, reduced promotions versus the prior year and solid progress on a number of our expense reduction initiatives,” said James Debney, president and CEO, on a conference call with analysts.

He added, “Although, the consumer market for firearms remain somewhat uncertain based on recent mix results, we are excited about our achievements and future opportunities.”

In the first quarter, sales rose 7.6 percent to $138.8 million, ahead of guidance calling for sales in the range of $130 million to $140 million. Wall Street’s consensus estimate had been $138 million.

Non-GAAP net income rose substantially to $11.7 million, or 21 cents per share, from $1.2 million, or 2 cents, a year ago. Wall Street guided earnings to arrive in the range 10 cents and 14 cents and Wall Street’s consensus was 12 cents.

Non-GAAP adjustments exclude a number of acquisition-related costs, including amortization, one-time transaction costs and a change in contingent consideration liability. On a reported basis, net income came to $7.6 million, or 14 cents a share, against a loss of $2.2 million, or 5 cents, a year ago.

The company raised guidance based on the success of the company’s bundled programs and the Shield 380 EZ. The outlook for revenues and earnings were raised well above the extent to which sales and earnings exceeded targets in the first quarter.

Jeff Buchanan CFO, said the incremental increase in outlook reflects the company’s order bookings, the overachievement of bundles and promotions in the period, and stronger than planned sales for the 380 EZ Shield a pistol, which was introduced in February but had a “slow start.”

He said of the impact of bundles and the 380 EZ Shield, “Those two things alone have given us quite a bit of confidence in Q2 and Q3, and then beyond that we’re just charting the typical firearms cycle that occurs in our company with the highest sales occurring in Q4.”

Revenue from the firearms segment was $105.2 million, an increase of 5.9 percent. Several new products and extensions were introduced under the company’s Performance Center, M&P, and Thompson/Center brands. New products, defined as those launched within the past twelve months, represented 28.5 percent of firearm revenue and included strong sales of the M&P Shield 380 EZ pistol. Said Debney, “That pistol has been extremely well received by our consumers and continues to gain momentum.”

Debney said the hand gun weakness relative to NICS was expected because the category was anniversarying an “extremely successful” M&P Shield promotion last year. The aggressive Shield promotion was designed to clear Shield 1.0 inventories from the marketplace to make way for the Shield 2.

Distributor inventory of American Sporting Brands’ firearms increased to a total of 145,000 units at the end of Q1, from 98,000 units at the end of Q4, in line with the planned inventory build-up leading to the fall hunting and holiday shopping seasons. Since the end of Q1, distributor inventories have come down, although current weeks of sales and distribution remain above the company’s eight-week threshold. Internal inventory gains also support new product launches and extra capacity to reduce any risks as the company ramps up a new Missouri facility beginning in November.

New firearm’s introductions include the Performance Center SW22 Victory, a pistol type designed specifically for the avid target shooter; the Model 19, a revolver first produced in 1955 and back in production after a 20-year absence and the Performance Center T/C long range rifle. Also arriving were the Thompson/Center TCR 22, a rimfire 22 rifle and the M&P45 Shield M2.0 pistol that’s now available with an integrated Crimson Trace laser sight.

The Outdoor Products and Accessories segment delivered a 14.5 percent year-over-year gain to $37.3 million, and the segment now represents about a quarter of the company’s revenue. The gains reflects strong organic growth of 10.7 percent, with the balance coming from the Bubba Blade acquisition.

The segment, which includes the electro-optics business, launched the Rail Master, a tactical light for rail-equipped firearms and two rail-mounted tactical lights to provide 500 and 900 lumens of wide light. Particularly driving sales was the launch of promotional programs late in the quarter for the fall and holiday shopping seasons described as bundle programs.

“These programs demonstrate how our new divisions within the company work to support our firearms division,” said Debney. “We bundled our firearms with a variety of accessories into unique packages that are made possible by the wide variety of products we offer across our shooting, hunting and rugged outdoor business.”

He added, “This is a great example of our long-term strategy and action where our unique ability to package our leading brands into bundles enhances our ability to provide great value for our consumers and gives us the opportunity to capture incremental sales in firearms. Both bundles were extremely well received and allowed us to book new orders that greatly exceeded our expectations. Typically these packages won’t generate revenue until Q2.”

On a non-GAAP basis operating expenses were $33.5 million compared to $37.4 million in the prior year, a reduction of more than 10 percent. The decrease was due to reductions in compensation expense, professional fees and marketing costs.

Debney said the company made progress towards completing the new logistics facility in Missouri. The move is expected to both lower costs and improve customer service.

He noted that in fiscal 2020, UST, the campaign and survival accessories business acquired in 2016 will be fully integrated, and substantial cost savings will arrive in the closing of the Florida location and consolidation of the business to Missouri to join the company’s Outdoor Products and Accessories division.

The centralized location in Missouri will enable American Outdoor Brands to finish goods coming offshore in one location, helping to minimize freight expense and optimize unloading and handling. Outbound freight cost is also expected to come down due to the favorable geographic location and the consolidation of customer shipments. Creating more bundled packages will also be easier and centralized order management should also support customers.

He said, “At this stage, the building is essentially complete; the installation of the material handling equipment is well underway and we are on pace to start transitioning our firearms business in Q3 of this fiscal year.” 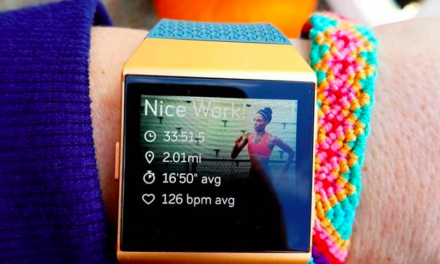 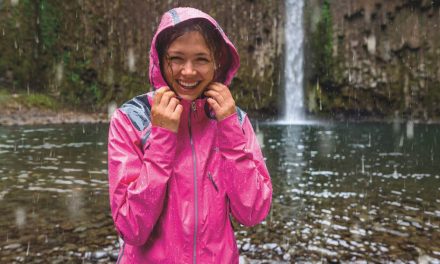