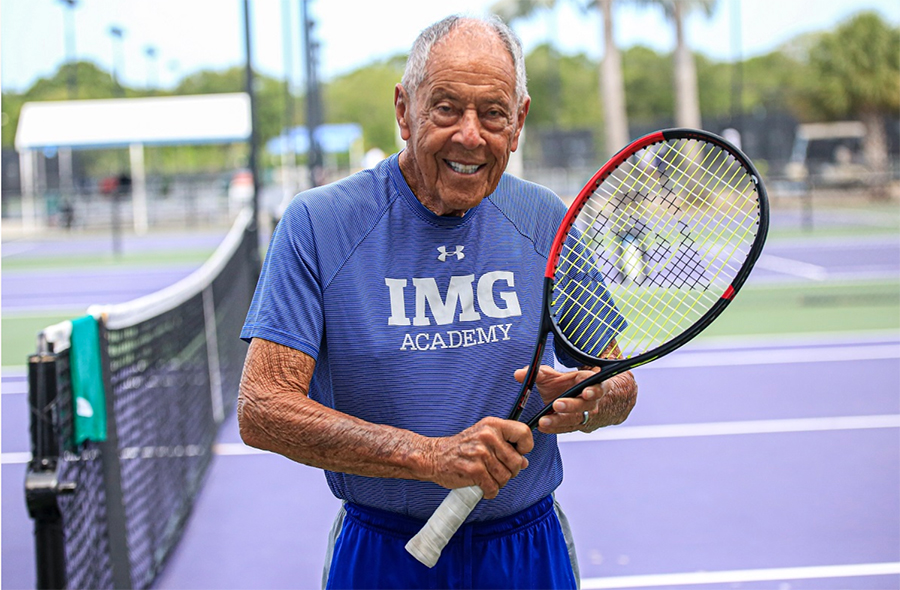 Slinger Bag, maker of a newly released tennis ball launcher, on Tuesday announced a new partnership with longtime coach Nick Bollettieri, who joins the brand in the role of head coach.

One of the most successful coaches in tennis history, Bollettieri is a pioneer of the sport having created the tennis academy training model and having coached and nurtured the talents of 10 former world No. 1 players across his 60 years in the industry, including Andre Agassi, Boris Becker, Monica Seles and Serena Williams. In 2014 he was also inducted into the International Tennis Hall of Fame.

Bollettieri joins the company in a three-year deal, bringing an unrivalled knowledge of tennis while sharing Slinger’s dedication to helping players improve their game. In his new role, he will be a major contributor to the ‘Coaches Corner’ section of slingerbag.com providing insights into practice drills using Slinger, coaching and match tips and general tennis education articles.

The Slinger Bag is a highly versatile and portable ball launcher for tennis players around the world. It is perfect for enjoyable on or off court practice virtually anywhere and is a game-changer for those who are short of a playing partner.

On his new role, Bollettieri said: “The key to being successful in tennis is consistency. Consistency is built on repetition. Slinger Bag is so easy to transport and set up that it’s available 24/7 for practice and drills. It’s the first ball launcher to appeal to the masses and is the perfect tennis partner to build consistency and improve your game.”

“The versatility of Slinger Bag’s innovative launcher allows tennis players of every level to practice whenever and wherever they are. In my role at Slinger, we will be taking the fundamental concepts that I have used to train some of the top players in the world over the last 30+ years and bring them to Slinger Bag users worldwide.” Coaches will also benefit from the Slinger Bag by using the ball launcher to feed the balls to their students. This allows the coach to stand next to the student, not 100 feet away from the student, to observe and instruct.

The appointment continues the partnership between the coach and Slinger Bag CEO Mike Ballardie with the pair having previously worked together for over 10 years, including during Ballardie’s tenure as CEO at Prince Global Sports.

Speaking on their relationship, Ballardie said: “Nick is the foremost authority on tennis development across the globe. He is a maker of champions – multiple times over – and continues to inspire today’s generation of players. I am excited to once again be working with Nick to bring yet another innovation to tennis.”

Deloitte Consumer Spending Index Down for the Second Consecutive Month