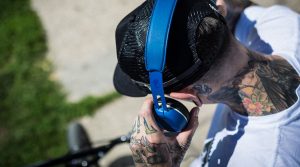 Skullcandy, Inc. (NASDAQ: SKUL) announced Friday, June 24 that its board of directors received an unsolicited proposal from Mill Road Capital to acquire all of the outstanding shares of Skullcandy common stock, which proposal was subsequently filed by Mill Road Capital as an exhibit to its Schedule 13D with the Securities and Exchange Commission.

Skullcandy previously announced that it had entered into a merger agreement with Incipio LLC on June 23, 2016 pursuant to which Incipio would acquire all of the outstanding shares of Skullcandy common stock for $5.75 per share in cash, or a total of approximately $177 million.  The merger agreement provides for a “go-shop” period until July 23, 2016, during which time Skullcandy’s board of directors, together with its financial advisors, are actively soliciting alternative proposals from third parties to acquire Skullcandy.  While soliciting alternative proposals to the transaction with Incipio, both companies are continuing to work towards completion of their transaction in the event that no superior transaction materializes.

The Mill Road proposal to acquire the shares of Skullcandy common stock for $6.05 per share in cash is conditioned on its completion of due diligence, obtaining financing and other matters.  Consistent with the terms of the merger agreement with Incipio and its fiduciary duties, Skullcandy’s board of directors, in consultation with its financial and legal advisors, will carefully review and consider the Mill Road Capital proposal to determine the course of action that it believes is in the best interest of the Company and its stockholders.

Additionally, pursuant to the merger agreement, Skullcandy will continue its efforts during the “go-shop” period to elicit alternative proposals from third parties.  There can be no assurance that the proposal or discussions with Mill Road Capital, or any other third party, will result in in a superior transaction to the merger agreement entered into with Incipio.   Skullcandy does not intend to make any further comment on the Mill Road Capital proposal, or any other proposal that it may receive, until such time as Skullcandy’s board of directors has completed its applicable review.

Skullcandy Inc. owns the Skullcandy and Astro Gaming brands, which create audio and gaming products. Astro Gaming creates premium video gaming equipment for professional gamers, leagues, and gaming enthusiasts.  Skullcandy and Astro Gaming products are sold and distributed through a variety of channels around the world from the company’s global locations in Park City, San Francisco, Tokyo, Zurich, Mexico City, and Shanghai, as well as through partners in some of the most important culture, sports, and gaming hubs in the world.