Skechers USA, Inc. is developing Kitson-branded footwear for the ultra-trendy Los Angeles boutique that has been called “the place to be for fashionable stars.” Launching in Fall 2005 with a women's and girl's sneaker that proudly displays the Kitson name in a multitude of fabrics, the line will be available first at the trendy shopping spot frequented by Paris and Nicky Hilton, Lindsay Lohan and Nicole Ritchie, among others, and then at select department stores and third-party specialty retailers around the world.

“Kitson is synonymous with hip; and it's on fire. The consumers' fascination with the lives of young Hollywood made Kitson quickly become a lifestyle brand,” began Michael Greenberg, president of Skechers. “The store caters to its celebrated clientele by offering only the hottest — or what will be the hottest — lines; we think the Kitson footwear is going to be embraced by the influencers and the aspirational.”

“In merchandising Kitson, we look for design, quality and above all, a cool factor — be it Nicky's (Hilton) Chick and Gwen's (Stefani) L.A.M.B. lines or our run of Kitson-message T-shirts,” stated Fraser Ross, owner of Kitson. “I'm thrilled we are going to have an ongoing line of Kitson footwear to complement our amazing offering … and I think Skechers' proven success over a decade and its reputation in the business makes the Company the ideal partner.”

Under the global agreement with Kitson, the Company will offer a multitude of styles under various price points. This agreement marks the Company's first deal for a licensed footwear line under the name of a boutique, though it has experience designing, marketing and distributing fashion footwear under six uniquely branded names.

Greenberg continued: “We also see Kitson footwear as an opportunity to expand our fashion offering into better stores and boutiques. With a name like Kitson, we believe this line will not only fly out of Kitson's boutique, but out of the other stores that carry it.” 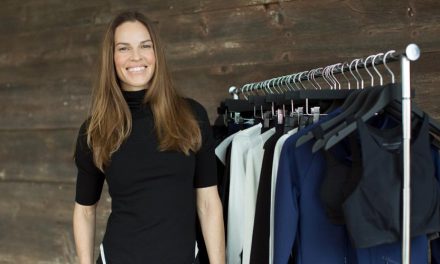