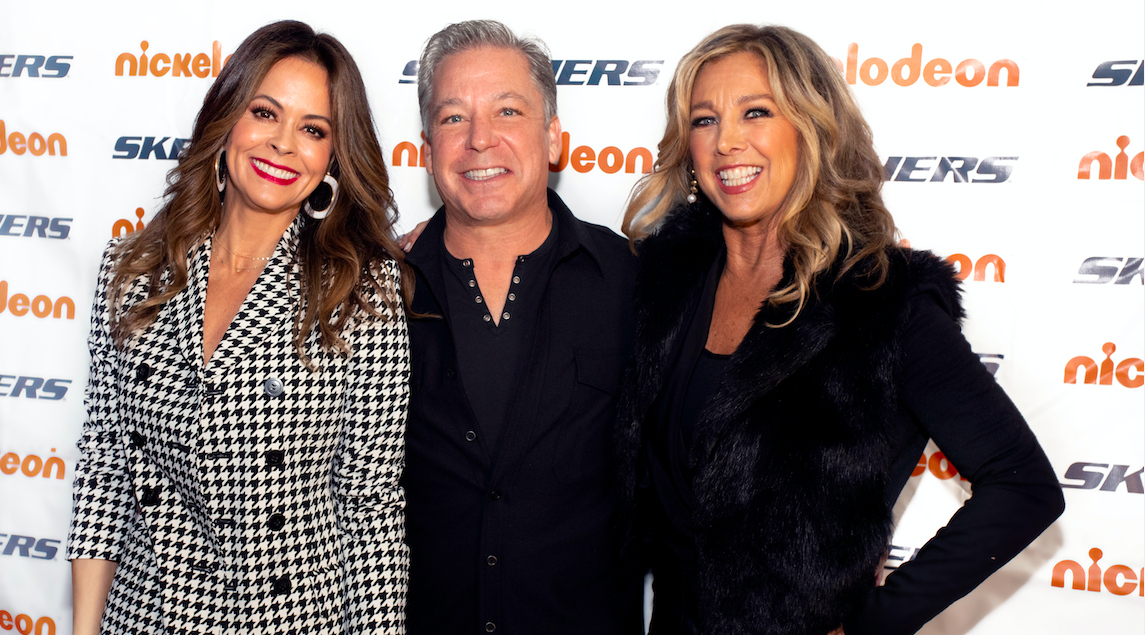 The Skechers Foundation distributed checks for its largest-ever donations to children with special needs and education after a record-setting year at its 10th annual Skechers Pier to Pier Friendship Walk, sponsored by Nickelodeon and NBC4 Southern California.

Celebrities Brooke Burke and Denise Austin as well as executives from Skechers and the foundations receiving donations were on hand for a check presentation ceremony at the Shade Hotel in Manhattan Beach, CA on Thursday, March 7.

Among the presentations was nearly $600,000 to the non-profit organization Friendship Foundation to advance its efforts for children with special needs and their families. Additionally, checks totaling more than $1 million were presented to six education foundations. And the Skechers Foundation also continued its annual scholarship program, announcing that college scholarships will be awarded to exceptional high school students nationwide for the third year in a row.

“Since its start, the Walk has raised an incredible $11 million for our kids – and it’s all because of the tens of thousands of walkers, donors and sponsors who have believed in our event as passionately as we believe in our children,” said Michael Greenberg, president of Skechers. “For the past decade, they’ve supported and have rallied for us as we’ve grown into the largest event of our kind in the state. This event’s great success is really thanks to them.”

“The Skechers Pier to Pier Friendship Walk inspires, it educates, it empowers. A generation of children have benefitted from our love and support with new opportunities that came straight out of this event,” said Brooke Burke, a long-time supporter of the Skechers Pier to Pier Friendship Walk. “I’m so honored to take part in this annual tradition of inclusiveness, positivity and belief in our kids. It’s community movements like this that are changing our children’s lives.”

Exclusively funded by the Walk’s sponsors, the Skechers Foundation’s scholarship program will offer the high school class of 2019 the latest opportunity to receive scholarships based on need and exceptional achievements in academics, athletics and leadership. Administering the program is Scholarship America® – the nation’s largest designer and manager of scholarships, tuition assistance and education support programs. The application at www.SkechersFriendshipWalk.com is currently available to all high school seniors in the United States; winners will be announced in early June.

In just 10 years, the Skechers Pier to Pier Friendship Walk has grown from a passionate community of a thousand that raised $220,000 in 2009, into an annual, star-studded festival – attracting celebrities including South Bay fitness guru Denise Austin, sport legends like Sugar Ray Leonard and Tommy Lasorda, as well as Brooke Burke, Jimmy Kimmel, and more than 13,000 people in 2018 to support children with special needs and education. In addition to the Friendship Foundation, the Walk supports educational foundations committed to improving public schools – protecting teachers’ jobs, retaining STEM and vital academic and cultural programs, maintaining smaller class sizes, improving libraries and upgrading school technology.
Greenberg continued: “We want to extend special thanks to our co-presenter Nickelodeon, media sponsor NBC4 Southern California and the more than 100 companies with a conscience, who’ve returned year after year to support our Walk, instill confidence and joy in our kids with special needs, and inspire our kids to realize their dreams and all the ways they can shape the world.”

In addition to Nickelodeon and NBC4 Southern California, The Skechers Foundation thanks the many sponsors who have contributed to the Skechers Pier to Pier Friendship Walk’s successful first decade – from The Claudette & Ethan Rickett Care Foundation and United Legwear & Apparel to dozens of other companies who have lent their support.