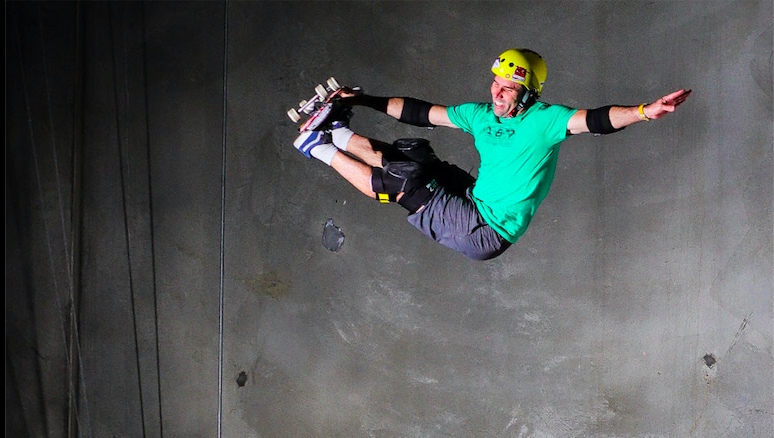 CBD manufacturer Extract Labs and professional skateboarder Andy Macdonald will be partnering in 2019 to spread knowledge about the benefits of CBD to the action sports community. Macdonald, a 23-time X Games medalist and ten-time world champion, has been using CBD to help alleviate pain from decades of injuries.

Macdonald has been skating professionally for over 20 years and has worked to promote a healthy and drug-free lifestyle throughout his career. This work took him all the way to the White House, where he gave a speech introducing President Bill Clinton on behalf of The Partnership for a Drug-Free America. He even got to skateboard through the White House hallways, the first person to ever have the privilege of doing so.

CBD (short for cannabidiol) is one of the cannabinoids, or active chemical compounds, found in the hemp plant. CBD has become increasingly popular over the last few years, especially with the passage of the 2018 Farm Bill. Consumers report using CBD to help alleviate pain, stress, and a myriad of other conditions. The compound is completely non psychoactive, and won’t produce a “high” like traditional marijuana products would.

“I’m so happy to be joining the team at Extract Labs to help get the word out about the benefits of quality CBD,” said Macdonald. “After almost 35 years of skating 14 foot ramps, my body is thanking me already.”

Boulder-based Extract Labs recently sponsored UFC fighter Cris Cyborg ahead of her December title fight at UFC 232, and hosted a meet and greet event with her at their Boulder headquarters this February. They also sponsor Olympic snowboarder and Telluride-native Hagen Kearney.

“We’re incredibly excited to be working with Andy,” said Craig Henderson, founder and CEO of Extract Labs. “Andy has been an established and well respected figure in his field for years, and we aspire to be viewed in a similar way within our industry. We can’t wait to host some really cool events with him for the Boulder community.”

Macdonald and Extract Labs hope to bring multiple events to Boulder and the surrounding areas in 2019, including meet-and-greets as well as a charity event to be announced at a later date.