Simple Shoes. a division of Deckers Outdoor Corp., launched 'Simple Shoes Identity Design Showdown: You vs. Our Agency,' a community-driven competition through Behance.net, the platform for creative professionals.

The competition challenges the design community at-large to take on a full-service creative agency in the creation of a new brand identity for Simple. Founded in 1991, Simple Shoes will celebrate its 20th anniversary in 2011.

“Simple has never really done things according to the status quo, so when we started thinking about giving our brand identity a facelift for our 20th anniversary, we wanted to shake things up a bit,” said Will Pennartz, Simple's marketing manager. “We also want to see what the people who wear our shoes would come up with.”

“We kicked around a lot of ideas, but we always came back to the same question: is the agency model the only way?” continued Pennartz. “Back when Simple first started, the options for creative services were limited — you either hired an agency or used in-house talent. We wanted to see what designers outside of our immediate circle would come up with to refresh our brand, but we respect the creative community and didn't want to encourage unpaid spec work.”

The Showdown: How it Works
The Showdown: How it Works
Step 1: Designers submit projects from their portfolios that exemplify excellence in identity design (past work) to http://www.behance.net/competitions/simple–
Step 2: Simple's esteemed panel of judges, including notable graphic designer David Carson, will select their “top 5” favorite designers  based on the quality of their past identity work.
Step 3: After signing a consulting agreement, the five designers are invited to join Simple's “Design Roster” and create a new brand identity for Simple, with a $2500 guaranteed payment for responding to the brief. (10/28/10 – 11/15/10)
Step 4: The five finalists will individually compete against the agency, One Trick Pony, with their submissions. The winning brand identity — either designer or agency — will receive an additional $5,000 and their work will become the new official Simple Shoes brand  identity.
Step 5: Simple Shoes unveils its new brand identity in January 2011 to kick off its year-long 20th anniversary celebration.

Simple approached Behance, an online network where designers can share their portfolios, as its creative platform partner because of its reputation and respect in the industry.

“Amidst the world of spec contests that seek free labor, Simple is looking for the best talent and is willing to pay for it,” says Alex Krug, Vice President – platform for Behance. “Most crowd sourcing and spec contest initiatives take advantage of creative talent and fail to incent participants to do their best work. Simple's design competition is changing that. It's refreshing that a brand like Simple is thinking beyond the traditional model and is hiring talent based on the merit of someone's work. This model fosters collaboration in the design community and forces both the agency and designers to produce their best work.”

Simple has commissioned an expert panel to judge the creative entries:

—  David Carson, one of the most well-known graphic designers in the U.S. and author of “The End of Print: The Grafik Design of David Carson”
—  New York-based photographer Michael Halsband, once a tour photographer for the Rolling Stones and known for a number of iconic images, including the portrait of Andy Warhol and Jean-Michel Basquiat
—  Clive Piercy, faculty member at the Art Center College of Design in Pasadena, Calif., and founder of Air Conditioned, a design studio in Santa Monica
—  Members of the Simple Shoes team including Joel Heath, global marketing director, and Angel Martinez, president and CEO of Deckers Outdoor Corp. 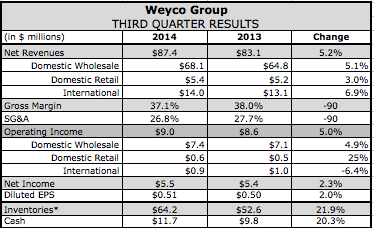