Although surfing has traditionally been seen as a male dominated sport, the lifestyle element has allowed the industry to capitalize on the purchase power of women and, as a result, is now experiencing tremendous growth in womens apparel. In 2006, womens apparel sales were up 32% with $327 million in sales, up from $249 million in 2004. 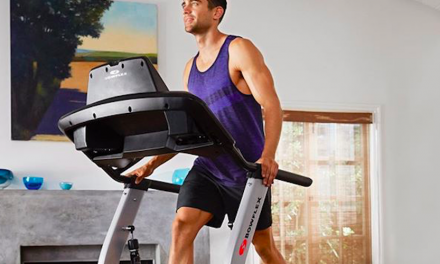 In the U.S. retail environment, where gains are measured in small increments, the surf industry continues to buck the national trend with two-year sales increases close to $1 billion, according to the Surf Industry Manufacturers Association (SIMA). In a third-party research study commissioned by SIMA, the 2006 SIMA Retail Distribution Study, findings indicate that the surf industry, which has grown from $6.52 billion in 2004 to $7.48 billion in 2006 (an increase of 14.5%), is nowhere near slowing down.

The 2006 SIMA Retail Distribution Study cites several factors contributing to the growth of the surf industry, including: the mainstream popularity of the surf lifestyle; the capitalization on the purchasing power of women; and brand diversification. But key findings indicate that what is largely fueling growth is the surf industrys loyalty to its core distribution channels.

“The minute a brand is in secondary retail distribution channels, its cool factor and authentic reason to exist is challenged,” said Dick Baker, president of SIMA. “Maintaining authenticity to core surf customers by distributing through surf and skate shops is whats helping to keep surf brands cool and relevant,” added Baker.

Staying true to core surf distribution channels (retail operations that classify themselves as specialty or lifestyle stores) has proved to be a win-win for surf brands and retailers. Today, surf retailers can be found in every state in the country. In 2006, there were over 300 more surf/skate shops (total of 5,048 in 2006) than in 2004 (total of 4,741), and core chain retailers like PacSun and Zumiez are expanding across the country.

“Several years ago, when the surf industry began exploding, naysayers hypothesized that the industry could plateau, largely because surfing was going mainstream with corporate giants like Target and Abercrombie cashing in on the popularity of the surf culture,” said Sean Smith, executive director of SIMA. “The reality is that those companies helped surf brands get smarter about distribution and marketing, and thats why they continue to grow.”

Brand diversification is also driving success for the surf industry. In the 80s the surf industry was about boardshorts and T-shirts. Today, brands have much larger offerings in both soft and hard goods. From full mens, womens and kids apparel lines, to accessories, sunglasses, watches, shoes and sandals, bags, wetsuits and more.

“Virtually all brands in the surf industry have complete category representation in the surf lifestyle, with the larger brands representing full apparel collections in competition with other fashion brands,” said Baker. “While new companies can still compete, because surf shops will always want to represent young brands, to succeed in the long-term, smaller surf brands have to extend their offerings.”

The entrenchment of the “surf” lifestyle in the US market is another factor driving sales. The XGames, FuelTV, and even network TV shows such as “Laguna Beach,” are all helping to make surfing cool, even in middle America. SIMA research shows that while West Coast retailers are making the strongest impact in sales with traditional “warm-weather” and “water-related” products such as swimsuits, sandals and wetsuits, there is significant growth in sales and the number of surf retailers in the Midwest, South and Northeast. From 2004 surf sales are up 4% in the South, 2% in the Northeast, and sales in the Midwest stayed at 7% of all US surf sales.

Although surfing has traditionally been seen as a male dominated sport, the lifestyle element has allowed the industry to capitalize on the purchase power of women and, as a result, is now experiencing tremendous growth in womens apparel. In 2006, womens apparel sales were up 32% with $327 million in sales, up from $249 million in 2004.

“The surf flick 'Blue Crush' was huge in spurring modern popularity of womens surfing,” said Smith. “The movie depicted independent, strong, sexy women and its representation of freedom brought the lifestyle element of surfing to the forefront again, which we had not seen since the days of Gidget.”

Finally, Internet sales are becoming increasingly important and this trend is expected to significantly impact surf industry growth in the future. In 2004, only 6% of sales could be attributed to this channel. In 2006, retailers who utilize the Internet attribute almost of one-quarter of their sales to it.

“This is a generational issue. The young consumer has grown up with the Internet and it is obviously an integral part of their lives. The big surf brands are in an envious position because we expect surf lifestyle ecommerce to far outpace the online business of traditional apparel very soon,” said Baker.

2. Internet Sales: While only 23% of core retailers use Internet/Catalog sales, those who use it have seen an increase averaging 29.5%.

4. Apparel: Largest product category with an increase of 9.9% in sales in 2006. Mens boardshorts have continued to see strong growth as well.

5. Wetsuits: While wetsuits represent a small percent of core sales, dollars are up 30% due to price points.

6. Accessories: Sales for this high-margin business are declining in all categories  sunglasses, watches, bags, hats, and belts.