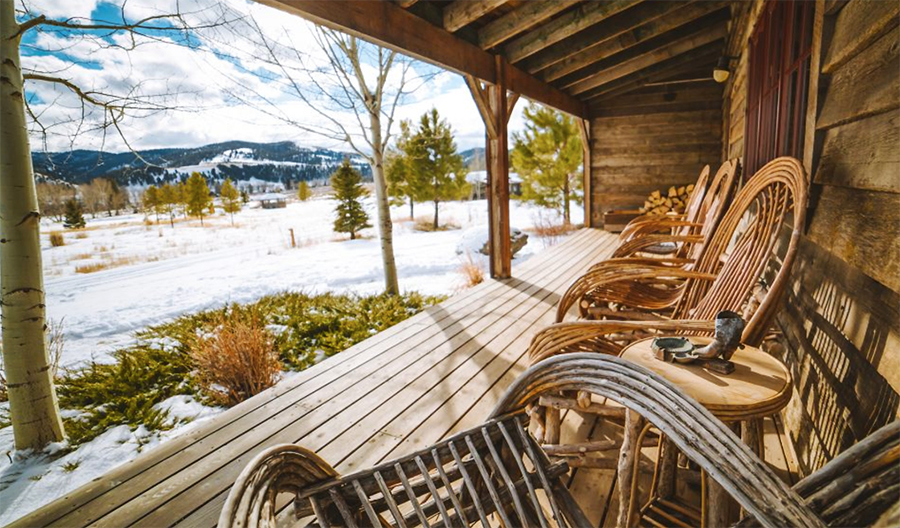 Lodging performance continued to improve during August at mountain western resorts in six states, but by many measures the summer season is historically slow with two months of shoulder season still ahead. That assessment was delivered by DestiMetrics in their monthly Market Briefing by Inntopia.

The findings include data collected from 18 destinations and more than 300,000 rooms.

Booking volume was the most notable story during August among participating properties with booking pace higher than anticipated boosted by continued strength in short-lead reservations—with most arrivals in 60 days or less. Room rates also continued to move up and helped ease some of the pain of decreased occupancy.

For the month of August, actual occupancy was down 22.3 percent compared to August 2019. A very solid year-over-year increase in the Average Daily Rate (ADR) of 6.9 percent for the month was encouraging but fell far short of offsetting the steep drop in occupancy and led to a 17.3 percent decline in revenue for the month.

During the month of August, bookings made for arrivals for the six months from August through January edged up a slight 2.7 percent compared to the same time last year. The greatest volume was clearly for short-term arrivals with August arrivals receiving a healthy 31.7 percent increase while arrivals slated for September were up an impressive 47.9 percent. In contrast, bookings made during August for arrivals in the months of October through January are pacing behind the same time last year—particularly for October which is down 47.5 percent in year-over-year comparison to last year and December—down a worrisome 39.3 percent. As far as the booking pace is concerned, the consumers have moved to a much shorter-term planning schedule.

A review of the six-month summer period from May through October shows a staggering 40 percent decrease in occupancy from this same time last summer. The decrease includes four months of actual occupancy from May through August along with two months of on-the-books data for September and October. For lodging properties, the silver lining in the discouraging occupancy was a healthy 10.1 percent increase in the ADR with the most significant gains in September and October. Despite the rate strength, it is not sufficient to overcome the low occupancy figures and aggregated revenues for the summer are down 34.5 percent compared to Summer 2019.

“Although western mountain destinations had an essentially impossible challenge to match last summer’s record-breaking season, they were able to build on July’s strong demand and managed to record a year-over-year improvement in occupancy from last month,” observed Tom Foley, senior vice president for Business Operations and Analytics for Inntopia. “Along with rate strength, one of the most encouraging trends we tracked this month was the uptick in ‘incremental fill,’ an industry term that describes the number of rooms filled in compared to what was on-the-books as of July 31 and what was actually achieved by Aug. 31. Incremental fill rose 14.9 percent during August and is also starting to show up for September and that greatly exceeded expectations based on traditional demands for this time of year.”

Economic Measurements
The Dow Jones Industrial Average (DJIA) increased a dramatic eight percent in August to reach near-record levels and marked the fifth consecutive month of gains for the Index. However, the Consumer Confidence Index (CCI) dropped again in August—another 6.9 points to bring it to its lowest level during the pandemic—and its lowest level since April 2014. In a year-over-year comparison, it is down nearly 37 percent from where it was last August. The national Unemployment Rate improved significantly during August as employers added 1.37 million new jobs to drop the rate to 8.4 percent during the month—an appreciable decline from 10.2 percent in July.

“It is important to recognize that financial markets are continuing to outpace the greater economy and are not necessarily reflective of the current consumer marketplace and behavior,” cautioned Foley. “While stability or growth in markets and indexes can boost confidence in consumers if they see improvements in their investment and savings accounts, the reality is that current market indicators aren’t reflective of the financial circumstances of all consumers.” He further warned that “markets can also respond dramatically to negative events, causing large contractions that can impact consumer discretionary purchases if, and when strong declines occur.”

A View To Fall And Winter
Although the prime booking season for winter mountain vacations is still ahead, August booking patterns continued to follow the short-lead trends that have been consistent for the past few months. Aggregated occupancy on-the-books for arrivals in November through February is down a dramatic 41.7 percent compared to the same time last year. ADR is showing a bit more stability and is down 4.8 percent for four of those months in a year-over-year comparison with November a notable bright spot with ADR in that month up 17.4 percent. However, as a result of low occupancy and generally lagging daily rates, aggregated revenues for the first four months of the winter season are down 44.5 percent.

“Despite results that appear devastating when compared to last year, when considering what the destination travel industry has suffered in the past five months because of the COVID-19 pandemic, lodging performance at western mountain destinations has started shifting in a more positive direction this past month,” assured Foley. “Room rates are continuing to tick up, booking volume is at its strongest level since March, and we are actually starting to see a slight extension to the length of stay which helps support revenues.”

Foley went on to explain that “the recent announcements by the major ski companies on how they intend to manage mountain operations this season will likely spark a positive response from both consumers and vacation suppliers and help reduce uncertainty. That said, other uncertainties remain about the trajectory of Covid-19 cases, the timeline for a vaccine, unpredictable economic trends, shifting school and work-from-home schedules, and a contentious general election that is all likely to change how the winter will perform, not only month-to-month but week-to-week,” he concluded.