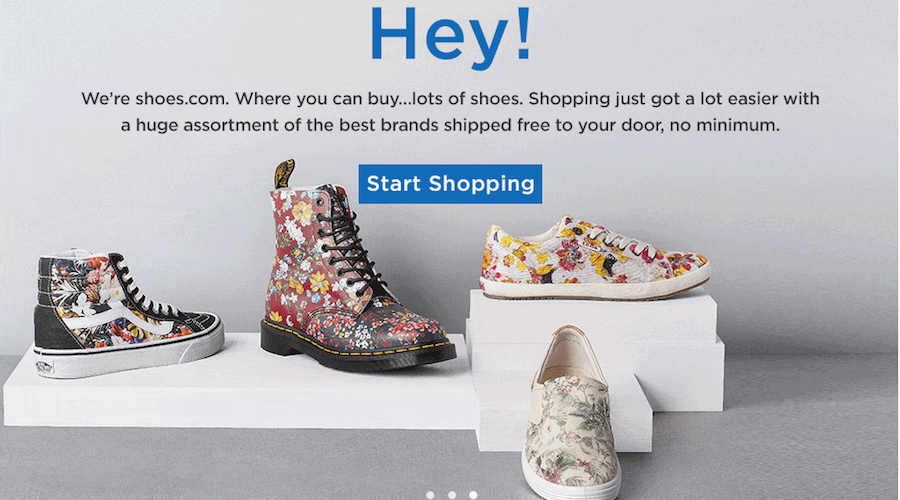 ShoeBuy, which was acquired by Wal-Mart on January 5, has purchased the domain Shoes.com.

In late January, Shoes.com, a Canadian-based firm that also owned OnlineShoes.com, and SHOEme.ca, announced that it will be shutting down operations. The company indicated it was working with its secured lenders to determine the process to liquidate assets.

ShoeBuy, which is part Wal-Mart’s Jet.com business, did not purchase other assets of the company, only the Shoes.com domain. ShoeBuy said in an internal statement, “The purchase of the domain marks the support of the Jet-backed entity, its focus on category leadership and continued commitment to modernize how people shop for shoes.”

Founded in 1999, ShoeBuy carries more than 800 brands and over a million styles of footwear for women, men and children, as well as clothing and accessories, such as outerwear and handbags. ShoeBuy, based in Boston, was one of the first companies to sell shoes online.

Also founded 1999, Shoes.com makes 24-hour online shopping for men, women and children easy with its wide selection of high quality brands. The company is based in St. Louis, MO.

ShoeBuy said it plans to maximize Shoes.com “as the gold standard of category websites.” Visitors to Shoes.com will soon find a new homepage with links to ShoeBuy.com.

“In the coming month’s ShoeBuy will enhance the site experience of Shoes.com, consistent with ShoeBuy’s commitment to modernizing how people shop for shoes,” ShoeBuy said in in its statement. “Jet continues to gain the experience of a well-established eCommerce player in the footwear industry, who has transformed the online shopping experience for millions of customers. ShoeBuy brings access to a large assortment of products, strong industry relationships, and rich content.”

Wal-Mart acquired ShoeBuy from IAC for approximately $70 million. Wal-Mart acquired Jet.com last September. ShoeBuy CEO Mike Sorabella, his executive team and ShoeBuy’s 200-plus employees continue to be based in Boston.