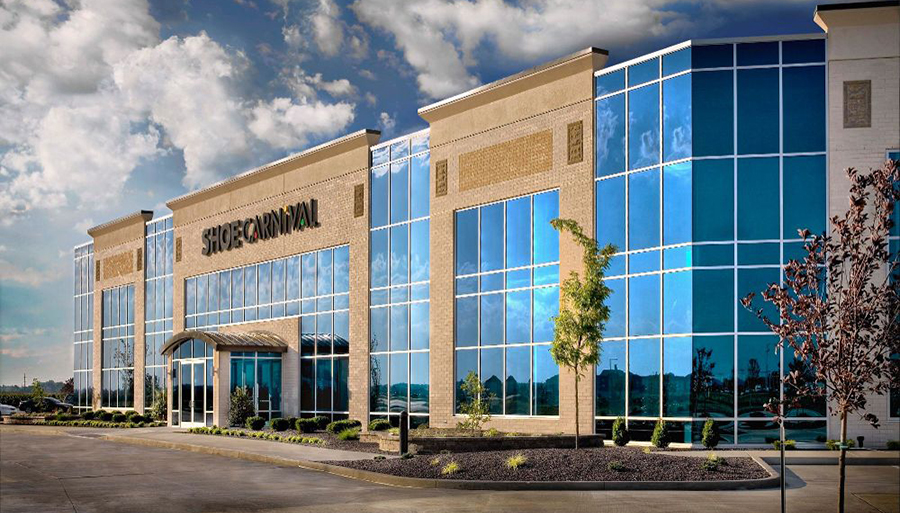 On a conference call with analysts, Shoe Carnival officials reiterated that it will not be providing guidance for fiscal year 2020 given the significant uncertainty created by COVID-19. The company withdrew its guidance last week after deciding to close all its locations until April 2.

Kerry Jackson, Senior EVP and CFO, did note that comparable-store sales in the first quarter through March 10 exceeded expectations with a comp-store increase of 4.5 percent through that date. Jackson added, “From that point forward, we did see a significant decline in brick & mortar traffic leading up to our decision to close our stores, but we were pleased to see e-commerce traffic and sales grow significantly.”

Clifton Sifford, CEO, noted that while the move to close stores “was not an easy decision, the health and safety of our employees, our customers and the communities we serve is our primary concern.”

Store associates will be paid, as scheduled, during this time although Sifford declined to indicate whether they would continue to be paid should the store closures continue past April 2.

Asked about the chance of opening on April 2, Sifford said the retailer will follow the guidelines of states or local authorities. He said, “We are ready, willing and able to open our stores when we are given the go-ahead by any government agency.”

Managers are fulfilling e-commerce orders from stores in locales, where possible, with social distancing guidelines followed.

From an operational standpoint, Sifford said the company is working closely with vendors to determine the full impact on its supply chain, although he noted that Shoe Carnival has a policy against talking about vendor negotiations. He added, “I will tell you this, that the vendors have been incredible to us, and it tells me how important we are to them and how we treated them in the past. It’s been very cooperative.”

Sifford said the retailer is working to control costs, where possible, including reducing SG&A to preserve margin and capital expenditures to maintain its financial flexibility. He said, “Shoe Carnival has a long history of navigating through various difficult cycles, both good and bad. Our team is incredibly disciplined and able to move quickly as conditions change. In addition, we have always maintained a very strong financial position and balance sheets for times just like these.”

At the end of February, the company had $57 million in cash and ample liquidity with a $50 million credit facility. Sifford concluded, “While today there are many unknowns, we are monitoring the situation closely, and we feel very well prepared to meet the needs of our stakeholders during this difficult time.”

In the quarter ended February 1, sales grew 2.2 percent to $239.9 million, exceeding Wall Street’s consensus target of $238. The increase was attributable to a 3.2 percent increase in comparable-store sales and a $720,000 increase attributed to the four new stores opened since October 2018 partially offset by a loss in sales of $3.3 million attributable to the 11 stores that closed over the same time period.

During the quarter conversion, average transaction and units per transaction each grew low-single-digits and the company ended the fourth quarter with 392 stores, closing six stores during the year.

Gross margins improved to 29.1 percent compared to 28.4 percent in Q4 of last year. Merchandise margins increased 70 basis points while buying, distribution and occupancy expenses were flat as a percentage of sales. The increase in the merchandise margin was primarily the result of being less promotional in Q4 other than the boot category. Margin increases were seen in its women’s dress and casual, children’s shoes and adult athletics.

SG&A expenses decreased slightly in Q4 to $65.1 million. As a percentage of net sales, these expenses decreased to 27.1 percent compared to 27.8 percent in Q4 of last year primarily due to leveraging effects of higher sales. Significant changes in SG&A for Q4 included increases in wages and employee benefits which were offset by decreases in advertising, depreciation and operating fewer stores.

Net income more than doubled to $3.5 million, or 24 cents a share, from $1.4 million, or 9 cents, a year ago. Results topped Wall Street’s consensus estimate of 21 cents.