SCVL had estimated third quarter comps would increase in the low- to mid-single digit range for the period.
The sales increase, combined with a higher gross profit margin and controlled expenses, reportedly resulted in the second best quarterly earnings in the company’s history, according to Mark Lemond, the retailer’s president and CEO.
Total sales for the third quarter increased 12.6% to $191.5 million from $170.1 million a year ago. Net earnings jumped 188% to $7.5 million, or 59 cents a share, from $2.6 million, or 21 cents, a year ago.  Gross margins improved 260 basis points to 29.8% of sales, with merchandise margins improving by 110 basis points for the quarter.
For comparable stores, the average price per pair sold was up 5.5% in the third quarter while footwear units sold were up 4.3% as compared to the same period last year.  Traffic was up 5.7% for the quarter.  Management said they continue to see a favorable product mix shift to sales of higher priced footwear including boots and at athletic product.
Cliff Sifford, GMM for Shoe Carnival, reported that the retailer recorded increases in every department as customers responded positively to their back-to-school merchandise strategy and favorable weather helped jump start the boot business in September.
Comps in the women's non-athletic department were up high-single digits. The increase was said to be driven through the boot category as fur-lined, flat casuals and western boots all sold through at a much higher rate than the same time period a year ago. Sifford said that boots have become the “new sport shoe for the season” and he sees the trend only getting stronger going into the fourth quarter and into the beginning of first quarter of 2010.
Comps in the men's non-athletic department were up double-digits and the men's boot category posted strong double-digit comp store sales increases. In addition to boots, SCVL saw strong increases in the boat shoe, canvas casual and soccer sandal categories.
The children's combined business also ended the quarter with comparable store sales up double-digits. The increase was said to be driven primarily out of the athletic categories although boots achieved a double-digit comparable store sales increase. Key athletic drivers of this increase were girls and boys running, skate, and fashion athletic. Nike, Skechers and Converse were highlighted as key brands.
In adult athletics, comparable store sales were up double-digits for the quarter with both the men's and women's athletic departments performing at the same rate.  Sifford called out Converse Chucks, Urban Fashion styles from Nike, along with the running category for both men and women as key drivers. He also spoke specifically about the wellness (toning/shaping) category, specifically Reebok Easy Tone and Skechers Shape Ups.
Excluding the wellness category growth, athletics comps would have still increased in high-single digits. 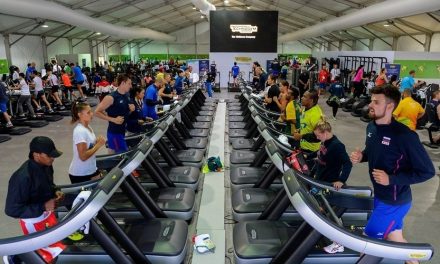 Descente’s Earnings Slide In The Year