A delegation of physical activity proponents met on March 4th
with members of Congress in to talk about what can be
done to Get America Moving  as part of the 10th Annual National Health Through Fitness Day. The group included one Heisman Trophy winner; three Olympic gold medalists; a former and U.S. Open tennis champ; an ex-World Series
MVP; and a host of other current and former star athletes joined the advocacy
effort. Organized by the Sporting Goods
Manufacturers Association (SGMA), the consortium asked Congress to approve the PEP Bill in
Fiscal Year 2010 for $100 million.

According to a statement from the SGMA, the game plan was to
have a series of face-to-face discussions with
Representatives and
Senators about the importance of federal funding for quality physical education
and increasing physical activity for families by making it more accessible and
more affordable for all Americans. The group conducted 87 meetings with Representatives and Senators and an additional 33
meetings with key Congressional aides and key staff members.

SGMA noted that less than 10% of schools have daily physical
education classes for their students, 46% of high school students receive no
physical education, and the military is struggling to find recruits in tip-top
shape. Every year since 2000, SGMA has organized a day on Capitol Hill to push
physical fitness initiatives as a way to improve overall health in .

The SGMA-led industry delegation has asked Congress to
provide $100 million in PEP funding.

The PHIT Bill, which will be introduced U.S. Representative
Ron Kind (R-WI), has risen from a concept in the fall of 2005 to a viable vehicle
for improving the health of Americans through physically active
lifestyles.  The PHIT Act would change
current federal tax law to allow for the deduction or use of pre-tax dollars to
cover expenses related to sports, fitness and other physical activities. Once
an individual or family spends 7.5% of their income on qualified medical
expenses, they can deduct physical activity expenses directly.  More than 45 million Americans live in
families that meet the 7.5% threshold to deduct medical expenses.  PHIT would also allow Americans to invest up
to $1,000 annually in existing pre-tax medical accounts to pay for physical
activities.  PHIT would only expand the
eligible expenses for pre-tax Flexible Spending Accounts (FSA), Health Savings
Accounts (HSA), Medical Savings Accounts (MSA), and/or medical reimbursement
arrangements.  PHIT would not increase
contribution limits to these accounts.

In addition to the lobbying efforts on Capitol Hill, there
was a physical education demonstration which was held in the .  It featured a PE class and their teachers
from the greater area.  This demonstration featured a group of
students from a DC-area school which was the recipient of a PEP grant.  It was coordinated by Cindy Sisson Hensley of
HOPSports.  The event was also supported
by SGMA, NASPE, and the National Coalition for the Promotion of Physical
Activity.

“The sports and fitness industry has been influential in
demonstrating that physical activity is the foundation for a healthy nation,”
said Tom Cove, SGMAs president.  “PEP
will help give Americans of all ages an opportunity to learn about the
importance of physical fitness in their daily lives.  PHIT will help encourage physical activity by
making it more affordable and available.
Adults need regular exercise and the PHIT Act will help them achieve
that goal.”

“This issue will help the new Administrations focus on preventative
health care,” said Ron Sutton of Accusplit.
“We are the right industry with the right message points at the right
time to have reduce overall health care costs.”

“We have to change the national consciousness on this
issue,” said NFL veteran linebacker Chris Draft (Rams).  “The connection between good health and being
effective in the classroom or the workplace is undeniable.”

“Physical education is as important as other subjects in
school and it needs to be given the attention and support it deserves,” said
football legend Herschel Walker, who was the honorary chairman of National
Health Through Fitness Day.

“I have seen first-hand how a PEP grant can transform a PE
program in a school,” said Ellen Smith, a physical education teacher at
in .”

Part of Accusplits support was a gift of a pedometer to
every person participating in the National Health Through Fitness Day
congressional meetings.  Most people
walked between 8,000 and 12,000 steps while walking between Congressional
offices. 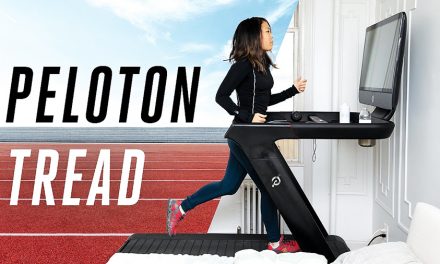