The most recent SGMA Sports Participation in America report revealed some good news for the outdoor industry and some very interesting potential future trends in the bicycle industry. The study released by SGMA, which assesses participation trends in over 100 sports, outdoor, outdoor and recreational activities, is based on the Superstudy of Sports Participation that was conducted by American Sports Data, Inc. in January 2004.

At last years Outdoor Retailer Winter Market, the Outdoor Industry Foundation identified three key activities that act as gateways into other outdoor pursuits  hiking, bicycling on paved roads, and camping. BOSS took a look at the report from that perspective to give us some insight into the future prospects for the industry.
According to the SGMA study, both hiking and camping showed a statistically significant increase in participation this past year, up 6.6% and 2.4% respectively. Tent Camping, as opposed to RV Camping, showed the strongest gains in the category with a 4.0% increase. This was the second year in a row that tent camping has shown participation growth.

These two gateway activities, Hiking and Camping, are crucial to future participation increases in other, more complex, outdoor activities like climbing, kayaking, mountain biking, and mountaineering. These increases, provided they are sustained, could signal the beginning of a stronger industry. Other activities that showed signs of growth included climbing (both indoor and outdoor), and trail running.

Indoor or Artificial Wall Climbing showed one of the largest jumps in participation out of all of the outdoor activities with a 19.4% increase to 8.6 million participants in 2003, compared to only 7.2 million the previous year. Mountain & Rock Climbing showed a smaller, statistically insignificant 4.8% increase in participation. However, the average number of days in which outdoor climbers actually participated doubled from six in 1998 to 12 in 2003. Likewise, the number of days that indoor climbers participated rose from four in 1998 to seven in 2003.

Trail Running showed signs of growth, but, again, the sample was of insufficient size to deem the results as statistically significant. The survey showed an 8.9% increase in participation from 5.6 million in 2002 to 6.1 million in 2003. The number of days in which runners actually hit the trails decreased from 38 in 1998 to 29 in 2003 and the number of frequent participants also declined from 1.1 million in 1998 to 800,000 in 2003.

In the Water Sports segment, Kayaking, Canoeing, Rafting and Surfing all showed signs of increased participation, although Kayaking was the only one producing statistically significant results. Canoeing showed a 6.4% increase in participation, from 10.9 million to 11.6 million, and people seem to be jumping in their boats more often as well. The average number of days increased from five to six. Frequent participant numbers have remained steady at 900,000 since 1998. Kayaking showed a 12.5% increase in participation since 2002 and an 80.0% increase since 1998. There were an estimated 6.3 million kayakers in the U.S. in 2003.

While hardly anyone actually owns a raft, the whitewater guiding community depends on the activitys participation. The number of people rafting did not increase significantly, but those who did participate did so more often. The average number of days rose from four in 1998 to six in 2003.

The only Cycling activities measured in the report are Mountain Biking and Recreational Bicycling, which is defined as biking for the fun of it without being motivated by competition, health or fitness. This activity showed signs of a small 1.6% decrease in participation since 1998, the only historical measuring point provided.

The report showed 6.7 million Mountain Biking participants in 2002 and 6.9 million in 2003, a 3.0% increase. However, the sample size deemed these results statistically insignificant. The number of frequent mountain bikers has plunged since 1998, when there were 2.2 million compared to only 1.2 million in 2003.

Perhaps the biggest shortcoming of the report is the lack of information about the cycling market, specifically Road Cycling. According to anecdotal evidence from retailers and manufacturers, participation in this activity is not only increasing, frequent participants are getting out more often and spending more on equipment and accessories. It is not often that BOSS reports on athletes, but there is a universal consensus that much of this success in the road bike market rests squarely on the shoulders of Lance Armstrong, and what manufacturers and retailers are deeming “the Lance effect.”

While mountain biking was driving sales through much of the 90s and the early part of this decade, road cycling has filled the void left behind by recent declines in MTB sales.

Of the four human-powered Winter Sports measured, only Downhill Skiing showed a decline in participation, falling a statistically insignificant 4.2% to 13.6 million participants in 2003. Participation has been on a bit of a roller-coaster ride for the past few years according to SGMAs numbers. In 2001 there were 13.2 million skiers. This number increased to 14.2 million in 2002, only to decline again last year. The number of frequent participants has held steady since 1998 at 1.4 million.

Snowboarding continued to grow, but slowed down a bit this year with a slight, but statistically significant, 1.3% increase from 7.7 million participants in 2002 to 7.8 million in 2003. The number of frequent snowboarders has actually decreased a bit since 1998 when 1.0 million people strapped on boards 15 or more times per year. In 2003 only 800,000 people participated this often.

Cross country skiing is also showing signs of increased participation, albeit the growth is statistically insignificant. The number of XC skiers climbed from 4.1 million in 2002 to 4.2 million in 2003, but participation is still 49.4% lower than it was in 1987 when the sport claimed 8.3 million participants. XC Skiers are getting out a little bit more often; the average number of days increased from six in 1998 to seven most recently. 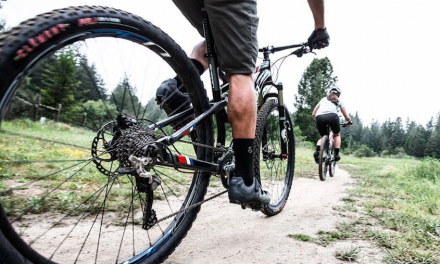 Sport-Haley in JV to Sell Top-Flite to Wal-Mart…