Physical Education needs assistance on Capitol Hill. According to the Sporting Goods Manufacturers Association (SGMA), the Carol M. White Physical Education Program (PEP) is in danger of having its funding severely cut. This bill desperately needs help from the U.S. Senate, the sporting goods industry, and parents and physical educators across the country to help build a healthy future for our nations school children.

The PEP Bill is a competitive grant program managed by the U.S. Department of Education. PEP grants are awarded to schools and community based organizations that provide quality P.E. programs for America’s youth. Right now, President Bushs 2007 budget calls for the PEP Bill to be cut to $26.8 million and for the full elimination in FY 2008. Recently, the U.S. House Appropriations Committee approved the PEP Bill for only $26.8 million-the amount needed just to cover existing multi-year grants.

Historically, with the exception of 2005, the U.S. Senate has consistently approved higher funding for the PEP bill while the U.S. House of Representatives has sought lower funding. On Tuesday, July 18, the Senate Appropriations Committee will decide PEP funding for 2007. Between now and then, SGMA urges support from sporting goods companies, physical educators, parents and the private sector who believe that PEP makes a difference for schools and for American children. SGMA is facilitating the grassroots process through an online cal-to-action campaign to help people contact members of the U.S. Senate and strongly encourage support of the PEP Bill for level funding — $73 million in Fiscal Year 2007.

When children are given access to P.E. programs in school, there are many beneficial side effects — including increased academic performance, lower absenteeism in schools, reduced childhood obesity rates, and more attentive students in the classroom.

“The PEP program has a proven record of success in improving the physical condition and health of students,” said SGMA President Tom Cove. “As our childhood and adult obesity rates continue to climb, we need to promote effective programs like PEP. We certainly dont want to cut funding for them. If we fail to get the younger generation more health conscious, this country will face a huge health care crisis in the years to come.”

“With all the fiscal challenges our nation is facing, we need to invest in improved fitness today or risk a tremendous health care burden in the future,” said Bill Sells, SGMAs Director of Government Relations. “If we ignore the obesity problem, the Center for Disease Control estimates U.S. healthcare spending will rise to $4 trillion by 2015 (20% of GDP). As a nation, we cannot afford to go down that road. The PEP Bill will help avoid that scenario.”

The PEP Bill has consistently been funded since it was initially passed in 2001. Since then, more than $325 million in PEP funds have been distributed via more than 840 PEP grants. The first PEP Bill in 2001 was passed for $5 million. This legislation was passed for $73 million in 2005 and 2006. 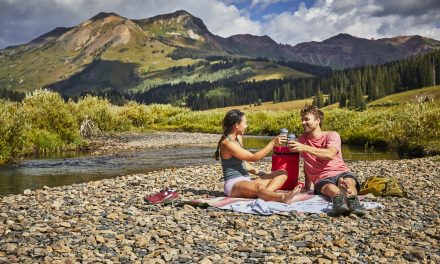