Consumer spending for sports apparel declined 2.1% in 2003 to $37.0 billion, according to research by The NPD Group, but other signs indicate that consumer enthusiasm for casual, sporty clothing is on the increase.


For one thing, consumers actually purchased 3% more items of sports apparel in 2003 than the year before. But they paid so much less for each item that total spending dipped. The average price for an item of sports apparel fell almost 5%, from $8.78 in 2002 to $8.35 in 2003. Compared to the total apparel market, the sports apparel segment performed relatively well — spending on apparel of all kinds declined 5.1% in 2003 and the average price per unit fell 6.2%.

The most important positive sign, however, was that spending for sports apparel accelerated as the year progressed. During the first half of 2003, spending was down by 7%, but it rose 1.6% in the third quarter and 3.9% in the fourth.

“The spending momentum continued into the first months of 2004,” said Gregg Hartley, vice president of SGMA International, which announced the findings. “Preliminary NPD data and reports from retailers and SGMA International members suggest that spending was up in the mid-single digits during the early part of the year. The industry was working against a weak first quarter in 2003, when sales were held down by economic concerns, the war in Iraq and bad weather. The challenge for sports apparel will be to keep growing later in the year against comparatively stronger 2003 results.”

NPD Fashionworld defines sports apparel as “clothing designed for, or that could be used in, active sports.” T-shirts account for more than one-third of all dollars spent for such apparel, which also includes such items as polo, golf or rugby shirts, sweatshirts and sweatpants, swimwear, outerwear and other items. Total spending for this apparel in 2002 was $37.8 billion. However, most of this apparel is never used in an active sport. NPD also asks consumers how much they spent on apparel they purchased to use in sports and fitness. The figure in 2003 was $11.5 billion, an increase of nearly 2% over the $11.3 billion found in 2002.

Marshal Cohen, chief industry analyst for The NPD Group, believes casual sportswear has a bright future. “As consumers embrace a casual lifestyle and fashions evolve from cultural and entertainment influences, sports apparel plays an integral role. Some consumers today are buying athletic apparel to wear from day to night. We see this in athleisure looks and even with innerwear. These trends are becoming more important.”

Private label apparel continues to grow in importance, NPD found. Sports apparel with a store label or brand captured 36.7% of all dollars spent in 2003, up from 35.5% in 2002. 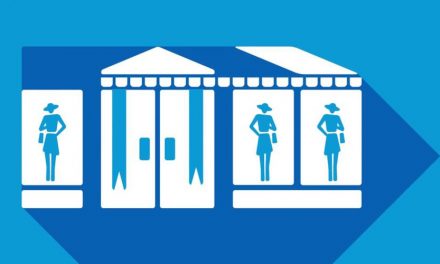