Net sales for the first quarter of fiscal 2004 rose 21.7% to $157.7 million, from the $129.6 million reported in the same quarter last year. Comparable store sales decreased 1.4% primarily due to weaker results in the outdoor equipment, outdoor apparel and accessories categories, which were partially offset by stronger results in athletic equipment, athletic apparel and footwear.

Edwin J. Holman, Chief Executive Officer of the Company, commented, “We continue to work toward positive comp store growth and posted marked improvements over the third and fourth quarters of fiscal 2003. We are extremely pleased to have Rick Leto joining Galyans as our new President and Chief Merchandising Officer. With Rick's extensive merchandise and marketing background, he will be instrumental in enhancing our store merchandising and marketing strategies and execution.”

During the first quarter of fiscal 2004, the Company opened new stores in Hoover (Birmingham), AL; Middleton (Madison), WI; Virginia Beach, VA and Lakewood (Denver), CO. The addition of these four stores brings the total stores in operation to 47, compared to the 36 stores at this time last year.

Galyans has signed leases for the remaining five new store locations expected to be opened in fiscal 2004: one additional store bringing the total to seven stores in the Chicago market; the second store in the Cleveland market; Freehold, New Jersey the Company's third store in the New York metropolitan area, Charlotte, North Carolina and a replacement store in Galyans' home market of Indianapolis.

The Company anticipates capital expenditures for fiscal year 2004 in the range of approximately $36 to $40 million, as compared to $77 million in fiscal year 2003. The reduction in capital expenditures is primarily due to all of the 2004 store openings having landlord financing as compared to only six of the nine stores which had landlord financing in fiscal 2003.

Galyans anticipates adequate liquidity under its credit facility for fiscal year 2004 to fund its growth, including capital and inventory for new stores. Cash flow from operations for fiscal year 2004 is estimated to be sufficient for the Company to meet all working capital and fixed capital needs without increasing the debt level at the end of fiscal 2004 versus fiscal 2003.

Mr. Holman concluded, “We are making progress on all of our 2004 initiatives. Our SKU rationalization program has reduced our comp store inventories which has contributed to improved inventory turnover. Our marketing efforts have offered customers promotional incentives and our 'Titanium-Clad Guarantee' insures that we remain price competitive everyday in the marketplace. As we have previously stated, fiscal 2004 is a transition year for Galyans and we are on schedule to meet our strategic objectives.” 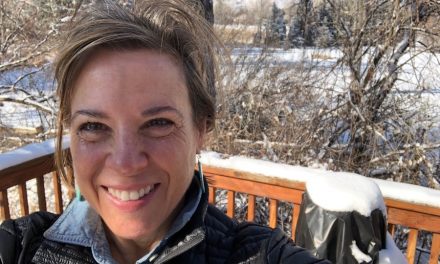 Foot Locker Sees Brighter Days Ahead in the Mall