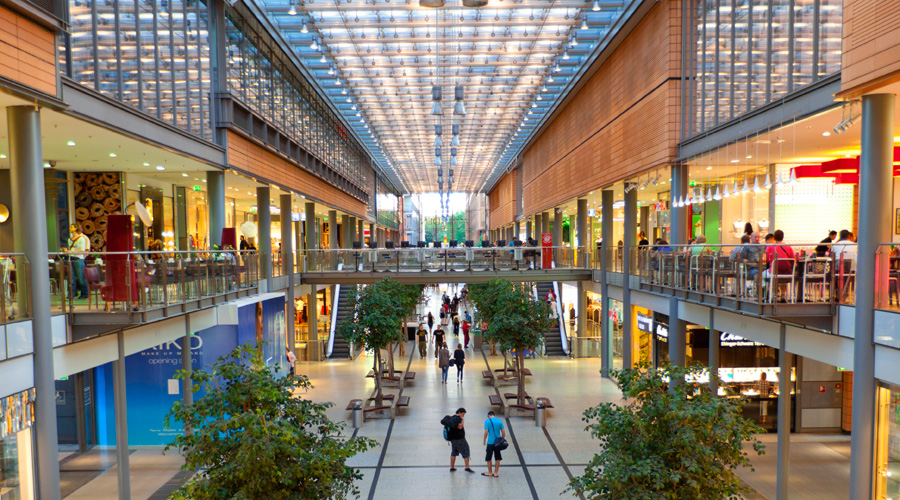 Of the major retail channels that sell athletic and outdoor apparel, footwear and accessories, no future is more uncertain than that of department stores.

While overlooked by many in the sporting goods industry, department stores are a significant outlet for larger brands such as Adidas, Columbia, Nike, Patagonia, The North Face, Timberland, Ugg and Under Armour.

But that’s not for lack of trying.

In a bid to adapt to the athleisure trend, Macy’s partnered with Finish Line to expand its assortment of athletic footwear and started carrying Fitbit at 650 of its retail stores last summer. Kohl’s made a big push into fitness in late 2014 as part of a five-pronged strategy to win back customers who defected to the off-price and online channels in recent years. Kohl’s “Make Your Move” initiative expanded assortments from Nike, Fitbit, Adidas, Fila Sport, Asics, Gaia and Coleman at most of the company’s more than 1,000 stores in a bid to offer consumers an inspirational experience.

Besieged On All Sides
Despite such major commitments, the department-store business model presents challenges for all but the largest specialty brands. Obstacles include a reliance on coupons, an aging and overwhelmingly female customer base and a preponderance of locations in underperforming malls. These traits, along with high fixed costs, have made mid- and lower-tier department stores vulnerable to online and off-price retailers. One recent report estimated shoppers who patronize off-price retailers such as Marshalls, Ross Stores and TJMaxx accounted for three-quarters of all apparel purchases made in the United States.

Department stores’ business practices put them at a disadvantage when it comes to attracting the smaller or emerging brands resonating with the 25- to 30-year-old millennial generation. The Patagonias, Yetis and Kühls of the world are unable or unwilling to meet department store demands, which usually require vendors to pay markdown money or take back unsold product.

“Department stores are feeling lost because customers are not dressing up as frequently as they used to,” said Andy Annunziata, vice president and senior softlines analyst for SSI Data, powered by SportsOneSource, which collects and analyzes retail point-of-sale data from more than 15,000 stores that carry active-lifestyle products. “Big box retailers don’t seem to have the wherewithal to carry athletic apparel and footwear, which is why Macy’s partners with Finish Line. And the retailers have very little presence with millennials.”

A Plethora Of Initiatives
While some department stores have responded to these challenges by closing stores, better operators and their landlords are also investing in diverse initiatives to defend their market share and become more relevant to the more value- and convenience-oriented millennials.

Macy’s, for instance, partnered with Finish Line to run its athletic footwear business. In the fiscal quarter that ended May 30, Finish Line said its Macy’s sales rose 22.8 percent, thanks in large part to the rollout of an expanded children’s footwear assortment to 165 of the 392 Macy’s shops it operates.

Nordstrom and Macy’s are also opening more off-price Nordstrom Rack and Macy’s Backstage outlets, even as they invest alongside mall operators in sophisticated mobile marketing platforms that will enable them to push customized offers to people’s smartphones the moment they enter the mall or store.

Anchor Status in Jeopardy
Mall developers have made it clear: department stores that fail to up their game put their anchor status at risk.

“The conversion of former anchors and department stores into more productive retail, dining and entertainment spaces is an ongoing theme in which we are very focused,” Simon Properties told shareholders in its 2015 annual report.

As an example, Simon cited Florida Mall in Orlando, which reopened after a major remodeling last year that involved removing two department stores. Simon divided space that had been occupied by a single retailer among multiple stores, restaurants and a food pavilion. It knocked down the other — a former Nordstrom store — to make way for Dick’s Sporting Goods and Crayola Experience, where families can spend hours working on craft projects.

“I think you will see a major consolidation of department stores,” said Stuart Kessler, president of Clear Thinking Group LLC, a consulting firm that has advised several bankrupt sporting goods retailers. “You are already seeing mall developers force them out. Some say they don’t see them as a big part of their future.”

The fate of America’s malls, of course, is far from uniform, according to Kessler, whose 35-year career in retail included stints as president of Foot Locker’s outlet division and chief operating officer at both Champs Sports and Herman’s Sporting Goods.

“The A-rated malls will do well no matter what,” Kessler said. “The problem is the B, C, D and we-should-have-never-opened malls.”

Expanding Online
Department stores are also expanding their offerings online, where they can leverage their buying power and traffic, as well as vendors’ growing drop-ship capabilities, to gain incremental sales with less inventory risk. As impressive as Kohl’s expanded active-lifestyle assortments are in its stores, they pale in comparison with its offering online, where consumers can find everything from football pads and mouth guards from Riddell, Rawlings and Mueller to Head snorkeling gear, Schwinn bicycles and even stand-up paddle boards and trampolines.

Consider ShopMyWay.com, an online marketplace that Sears Holdings Corp. said is key to its “transition from an asset intensive, historically ‘store only’ based retailer to a more asset light, integrated membership-focused company.” The site offers loyalty points for shopping at more than 100 retail sites, including dozens run by sporting goods retailers and brands from Backcountry.com, Campmor.com, ChampsSports.com, Footlocker.com, Golfsmith.com and Models.com to the likes of Oakley, Nike, Quiksilver, REI, The North Face and Under Armour.

Kessler can’t see department stores getting much traction in sporting goods equipment because they offer neither the higher-end product sought by athletes and enthusiasts nor the values the remaining 80 percent of consumers can find at off-price retailers such as Sierra Trading Post.

“Don’t confuse value with cheap,” Kessler said. “The consumer is much more attuned to competitive shopping and the web has made them that way.”