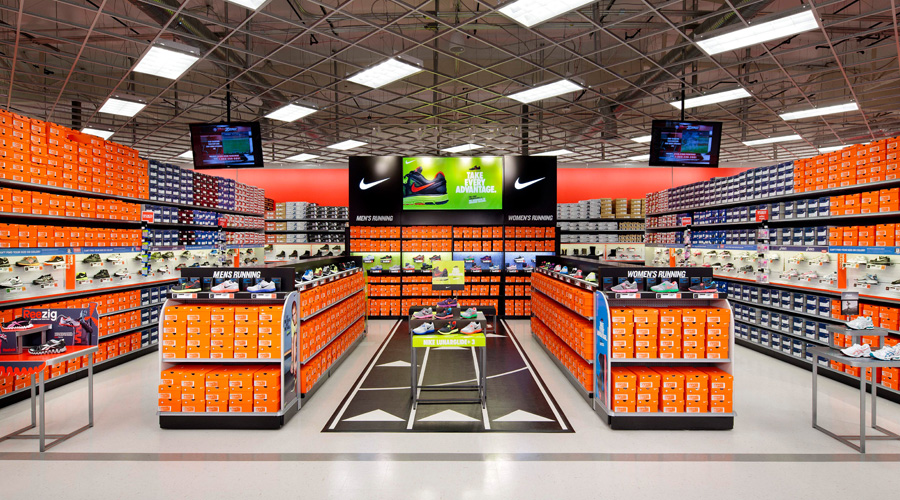 One of the most obvious qualities of this year’s SGB Retail Top 100 is that it will look a lot different a year from now.

Sports Authority (No. 8) and Sport Chalet (No. 66) won’t make the list next year — along with City Sports, which fell off this year’s list — not because they were acquired, but because they failed through bankruptcy and liquidation. Their demise throws more than $3 billion in annual retail sales up for grabs and has prompted a lot of navel gazing across the active lifestyle retail landscape.

How much will going-out-of-business sales at 463 Sports Authority, 47 Sport Chalet and 26 City Sports stores cannibalize back-to-school and fourth-quarter sales? Can manufacturers recover all those sales given the loss of 20 million square feet of retail space? Will the bankruptcies accelerate the migration of sales online? Where will those consumers go?

Near-Term Pain
In May, Dick’s Sporting Goods lowered its outlook for fiscal 2016 after concluding that liquidation activity this summer would drag down prices and earnings. On June 1, Under Armour lowered its 2015 revenue forecast by $70 million after realizing it would only be able to recognize $43 million of the $163 million in revenue it expected to collect from retail this year.

Snow sports retailers in the eastern half of the United States, who were forced to cut prices earlier and deeper than planned last season due to an especially warm November and December, will feel the impact most. And because of the industry’s long manufacturing lead times, there’s no stopping the extra inventory; it’s on a boat and on its way.

It could take 28 months for the industry to sell the snow sports gear being liquidated through the bankruptcy process, estimates Peter Messana, president and CEO of Summit Sports LLC. The company, which sells snow sports gear at Skis.com and Snowboards.com, as well as four stores in Michigan, has been loading up on deeply discounted inventory.

“The manufacturers will get mauled by this,” Messana predicted. “Even if they got paid by Sports Authority, the market is flooded with their product from last year that retailers like us are picking up, which will put pressure on forward-year buying.”

A Race To Fill The Vacuum
Thanks to the casual work wear and athleisure trends, the outlook is less dreary for apparel and footwear, according to Andy Annunziata, vice president and senior softlines analyst for SSI Data, powered by SportsOneSource, which collects and analyzes sales data from more than 15,000 retail stores that sell active lifestyle products. He anticipates the family footwear channel, and retailers such as Eastbay and Kohl’s, will expand into the vacuum created by the spate of bankruptcies. In some aspects, they already have — perhaps contributing to a portion of the downfall of the industry’s specialty retailers.

A study released by the mobile data analysis and marketing firm NinthDecimal in July noted that Big 5 Sporting Goods and Walmart Stores Inc. might be positioned best to acquire Sports Authority’s customers. The firm said an analysis of mobile phone check-in data found Big 5 Sporting Goods shared significantly more customers with Sports Authority than Dick’s Sporting Goods, Modell’s Sporting Goods, REI and Play It Again Sports within the sports specialty channel. Wal-Mart, on the other hand, had the biggest overlap in the discount channel, ahead of Target, Marshalls, Kohl’s and Kmart. The same report found that physical visitation to Sports Authority stores declined 39 percent during that period, indicating that a significant number of its customers had already moved on.

Honing Omni-Channel
Given how much mall traffic dropped and e-commerce sales growth accelerated during the 2015 holiday shopping season, big-box retailers will have to make fast work to avoid losing those shoppers to Amazon.com and other pure-play online retailers and marketplaces. In the five months since Sports Authority filed for bankruptcy, Amazon.com has announced plans to open six fulfillment centers, including one in Edgerton, KS, that will specialize in shipping large items such as kayaks and other sports gear.

“Sport Chalet and Sports Authority did a really good job of displacing specialty, so that will create specialty retail deserts, which will habituate consumers to buy even more online,” noted Brad Werntz, a former sales rep for several outdoor brands who is now a partner at New Normal Consulting.

Eric Greene, who oversees the Kelty, Sierra Designs and Ultimate Direction brands as GM of Exxel Outdoor’s Outdoor Performance Group, said that leading specialty sporting goods retailers are very focused on converting Sports Authority and Sport Chalet customers. Much of the company’s focus is on beefing up its online presence with enhanced instructional content such as videos to reach consumers earlier in their shopping journey.

“I’ve done most of my major line reviews and every single leading retailer I’ve spoken to has the mentality of, ‘how can we outthink the competition and grab market share,'” Greene told SGB in mid-July. “I see them thinking about this harder.”

As far as big-box retailers’ online evolution, they remain in the early stages of integrating their brick-and-mortar and e-commerce channels, according to a report released this spring by the National Retail Federation and FitForCommerce. The Omni-channel Retail Index Report found just 28 percent of retailers surveyed offered a buy-online, pick-up-in-store option in the fourth quarter of 2015. Only 44 percent of brick-and-mortar retailers let shoppers view store availability of specific products on their e-commerce site, compared with 42 percent six months earlier. Meanwhile, more online-only stores, or the vendors themselves, are opening up physical stores to approach the omni-channel business from the opposite direction.

The Concierge Model
The trends, noted Werntz, do not favor some big-box retailers stuck in the middle — either unable to match the breadth of inventory available online or unable to provide the very hands on, authentic experiences millennials are flocking to at local specialty retailers.

“People are still buying,” Werntz said. “They are just doing it differently. The big box store does not have everything and is not special. It takes up a lot of retail space, rent and overhead and at the end of the day, they are a place you’ve got to drive to for products you can get online.”

Werntz foresees independent specialty retailers moving toward a concierge service model in which they focus more on helping consumers prepare for races, local outings, trips and other events, and then rely on manufacturers, distributors and other suppliers to fulfill customer orders in exchange for half the profits on the sale.

Quality Bicycle Parts is pioneering this model using an e-commerce platform that allows independent bicycle dealers to show and sell inventory in its warehouses under their own branded online stores. And pet-product brand Ruffwear created a new program called Latitudes, which, similar to Amazon Prime, costs $99 a year for retailers to get same-day shipments and free commercial ground shipping, with no pre-season orders required. “The goal of the program is to encourage smaller, more frequent orders that align with true customer demand,” officials told SGB.

The emphasis on providing experiences, meanwhile, can be seen in REI’s growing emphasis on offering instruction in everything from mountain biking to camp stove cooking via its Outdoor School. This fall, the retailer will launch the REI Outessa Summit, which offers a weekend of adventure experiences for women led by professional athletes and guides. Many manufacturers are thinking about how they will need to prepare for that future, according to Exxel’s Greene.

“The whole system needs to be more nimble,” he said. “That’s the way you survive. We are thinking really hard about our drop-shipping strategy and how we can support our partners.”

By the time the year ends, the industry will have taken a giant step toward consolidation and reshuffling of the SGB Retail Top 100.