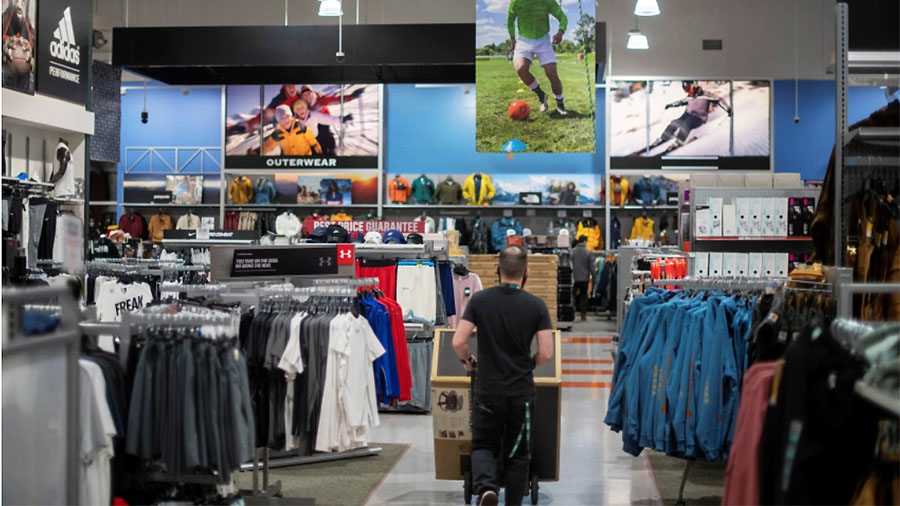 The Sports & Fitness Industry Association (SFIA) released its 2021 State of the Industry Report showing that despite COVID-restrictions, sporting goods sales overall could recover to post a small but positive growth rate of 0.6 percent in 2020.

The small gain marked a vibrant outperformance for the sports and fitness industry that outperformed other sectors of the U.S. economy.

The outperformance was most evident given the 3.5 percent decline in the U.S. gross domestic product (GDP). During the past forty years, the sporting goods industry has outperformed GDP in times of economic expansion/growth and performed worse than GDP in times of recession. The pattern aligns with sports and fitness generally seen as discretionary leisure products.

SFIA said 2020’s 3.5 percent hit to the GDP was greater than the impact of the stock market crash in 2009 when the sporting goods industry contracted by more than 4 percent. In the last decade, 2018 was the only year when GDP grew faster than sporting goods.

The gain reflects increased participation rates in several sports and fitness-related activities that participants favored during the pandemic.

Overall, surges in the participation rate across sports and fitness activities rose to 75.6 percent, the highest over the last six years, with inactivity dropping by 2.4 percent.

Tom Cove, president and CEO, SFIA said, “The pandemic changed the way of life for so many Americans, and especially the way that we stay mentally and physically healthy, leading a lot of Americans to take up being physically active as a way to cope, adapting to the pandemic by participating in ‘COVID-acceptable’ activities.”

However, as Cove noted in a letter found in the study, the performance of businesses in the sporting goods industry varied greatly depending on the category.

Key factors that increased the activity rate for different sports and fitness activities were the ability to perform exercises at home; use digital resources to connect, perform an activity individually or in a small group and stay socially distant; and perform an activity outdoors. Also, activities that could be adapted to an informal setting, like backyard games or mini practices, evolved to draw more participants during the year. At the same time, institutional fitness and team sports categories were challenged by mandated restrictions.

Cove wrote, “Many people took up new activities, and others returned after having lapsed in participation. Lifestyle sports like walking, tennis and golf exploded. At the same time, the overall “amount” of physical activity, measured by the number of times an activity took place, went down dramatically on a national scale. Think of the number of team sports and fitness club members previously engaged several times a week whose routines and venues were lost. Huge impact.”

Assessing the industry’s performance, noted Cove, also “depends on perspective,” with many businesses failing to meet year-end revenues and earnings targets set at the beginning of 2020, but able to exceed revised forecasts established in the second and third quarters of last year when the focus was on cash conservation and business sustainability.

SFIA’s annual survey of executives taken early in 2021, before the broad distribution of the COVID vaccine, found optimism that the industry would bounce back. Almost two-thirds of the executives expected sales to recover to at least pre-COVID predictions by the end of 2021, and 73 percent of executives forecasted a strong future for the sports industry, substantially higher than in 2018 or 2019.

The industry’s optimism is backed by continued momentum in participation rates to date in 2021. However, SFIA’s report noted that it remains uncertain how many new and returning “active” consumers will continue their participation as they return to work in a physical office and resume travel.

“It takes two weeks to create a habit or routine,” SFIA wrote in the report. “As the pandemic has lasted for over a year, many of these active people have dedicated time to participate. If Americans keep with their current lifestyle, they will continue contributing to the sales growth.”

The organization’s latest insights suggest concern for reduced participation and that consumer demand has been replaced almost universally by concerns of ongoing supply chain constraints and challenges.

Cove concluded in the letter, “Looking forward, the best news is Americans are thirsting to return to sports, fitness and outdoor recreation. The benefits of physical, mental and social health from an active lifestyle have probably never been more appreciated. And our industry is primed to respond and fulfill this need (if we can get past the supply chain challenges).”