The Sports & Fitness Industry Association (SFIA), formerly known as SGMA, has promoted VJ Mayor to director of marketing and communications. He replaces Mike May, who will remain as director of the Don’t Take My Bat Away (DTMBA) coalition in addition to SFIA’s Baseball/Softball Council.

The moves are designed to help implement the organization’s new strategic plan.

Mayor has been with the Sports & Fitness Industry Association since 2007, serving in various roles within the operational and financial areas of the organization. In his new position, Mayor will oversee the marketing campaign of the association ensuring brand equity which will include web, print, and social media, while managing the research ‘pillar’ of the SFIA. Mayor will also serve as the organization’s media relations liaison.

Michaels has been with the association since 2008, starting as Membership Manager. His new role entails executing the organization’s overall membership strategy as well as seeking new business opportunities for the SFIA which includes development of the new Corporate Partner Program. Michaels will be in charge of overseeing SFIA’s ‘member services’ pillar.

Wallace is the longest-standing employee of the three, joining SFIA in 2005. Working in the marketing department for the last seven years, Wallace will now take over SFIA’s Thought Leadership ‘pillar.’  She will be responsible for managing SFIA’s virtual and in-person education and networking events, including the inaugural 2013 SFIA Industry Leaders Summit in September of next year.

“Having just gone through a successful rebranding process, this reorganization is the natural next step in achieving our strategic plan,” said Tom Cove, SFIA president and CEO.  “Aligning key staff positions with our pillars is vitally important to executing our initiatives. I could not be more thrilled for these three individuals and look forward to their success in helping the SFIA provide quality products and services to the sports and fitness industry.” 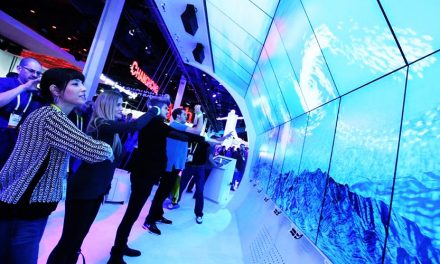 The A-List Of CES 2017: Sports, Fitness and Outdoors

Hunter’s Specialties Wins Judgments Over Use Of Johnny Stewart Sounds