As of Sept. 30, bookings among participating properties for the winter season at destinations across five southeast states were strong, according to Inntopia in the company’s most recent DestiMetrics Monthly Market Briefing.

Additionally, aggregated data for the Southeast destinations revealed that actual occupancy and revenue were up for the month of September, eliminating fears of any lingering impact on travel due to Hurricane Florence in August or Tropical Storm Gordon in early September.

Participating properties posted a five percent increase in September occupancy and a 2.7 percent increase in the Average Daily Rate (ADR) to reach a strong 8.2 percent increase in revenue in a year-over-year comparison to last September. The Briefing emphasized that this data is only through Sept. 30 and does not include any data since Hurricane Michael roared through the region in early October. Those results will be included in next month’s Briefing.

Bookings for the upcoming winter also rose significantly during September. As of Sept. 30, occupancy for the months of September through February is up 7.2 percent compared to the same time last year with increases appearing in all six months. The ADR for the six-month period edged up an aggregated 1.6 percent with gains being recorded in three of the six months. While December ADR is down 6.1 percent with slight declines appearing in November and January, the overall revenue figures for the winter season are up 8.8 percent boosted by the sharp increase in occupancy.

One of the most notable revelations in this month’s Briefing was the strong surge in bookings made during September for the six winter months with occupancy up 24.3 percent for the winter compared to the same time last year.

“Although we are encouraged by a strong report for September, it is important to recall that the data is being compared to last year when the region was dealing with the severe after-effects of Hurricane Irma,” explained Tom Foley, senior vice president for the Business Intelligence division of Inntopia. “That said, the entire winter season is off to a strong start in absolute terms with regional data showing increases in occupancy and revenues. The September booking pace also reversed August’s sluggish pace to deliver a sharp increase in arrivals for the winter season months of September through February.”

Key economic indicators continue to play an important role in the strength and continued growth of travel to southeast destinations. For the fourth consecutive month, the Dow Jones Industrial Average (DJIA) continued its pattern of impressive growth during September and managed to set a new all-time record for the single highest monthly closing with a 1.7 percent increase over August and positioning the DJIA 18 percent higher than the same time last year.

The Consumer Confidence Index (CCI) picked up another 3.7 points during September, pushing it to its highest level since October 2000 and within seven points of its all-time high in May 2000. On the employment front, employers added 134,000 new jobs during September and along with job figures adjusted up for the months of July and August, driving the Unemployment Rate to 3.7 percent and its lowest level since 1969.

“Investor and consumer optimism, along with the Federal Reserve Bank raising interest rates for the third time this year in response to the robust health of the overall economy, suggests continued economic stability and growth in the coming months,” noted Foley. “And, despite some recent market corrections in early October, the economy appears very stable” he added.

The Briefing also emphasized that the data reported is aggregated from a widespread area from Key West in Florida stretching north to Virginia and from coastal South Carolina and west along the Florida panhandle into Alabama. The results for individual regions can vary widely, particularly in areas directly impacted by storms and hurricanes.

“The winter season is off to a strong start as evidenced by the accelerated booking pace in September and the strength of occupancy and revenue figures that are already on the books,” continued Foley. “However, it is still relatively early in the season, and until we see how severely regional tourism is impacted by Hurricane Michael, it is too early to draw any definitive conclusions about how the remainder of the season will go,” he cautioned. 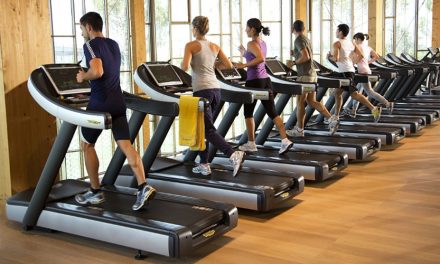 Skechers Rolls Out Bid for Heelys

SCARPA to Improve E-Commerce with Tools from Brandwise, Inc.