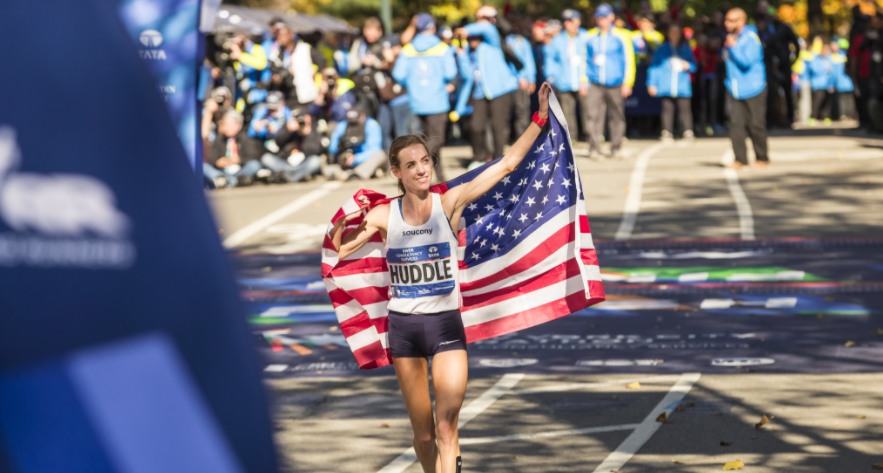 Saucony shared that Molly Huddle, two-time Olympian and three-time winner of the Boston Athletic Association (BAA) 5K, will make her Boston Marathon debut at the 122nd edition of the race on April 16, 2018.

“At Saucony, our athletes inspire us; they make us want to be better in everything we do,” said Mark Bossardet, head of sports marketing for Saucony. “Molly is one of the most gifted runners in the world and she’s already had great success on the streets of Boston, having set the American record here at the 2015 BAA 5K. The whole Saucony family joins the Boston running community in our excitement to cheer Molly on in her Hopkinton to Boston debut as she becomes part of the prestigious Boston Marathon legacy.”

In November, Huddle won her 25th U.S. title at the 2017 USATF 5K national road championships in New York City in 15:24, bettering her own course record of 15:27 set in 2013. Huddle’s win came one year after she finished third in her marathon debut there, giving the United States a spot on the podium for the first time since 2010. Huddle has also proved her dominance on Manhattan’s streets by winning the last three NYC Half Marathons.

“I’ve always had a case of major race envy when it comes to the Boston Marathon,” said Huddle. “Every year I’ve been in Boston during the marathon always wishing I was running it. Now that dream is going to become a reality and it’s hard to not get too excited. I’m inspired by the Boston fans and my family at Saucony for standing by me throughout the years.”

Huddle is coached by Ray Treacy, who is also the Cross Country and Track and Field coach at Providence College in Rhode Island.

City Sports to Open in Westfield, NJ and Manhasset, NY